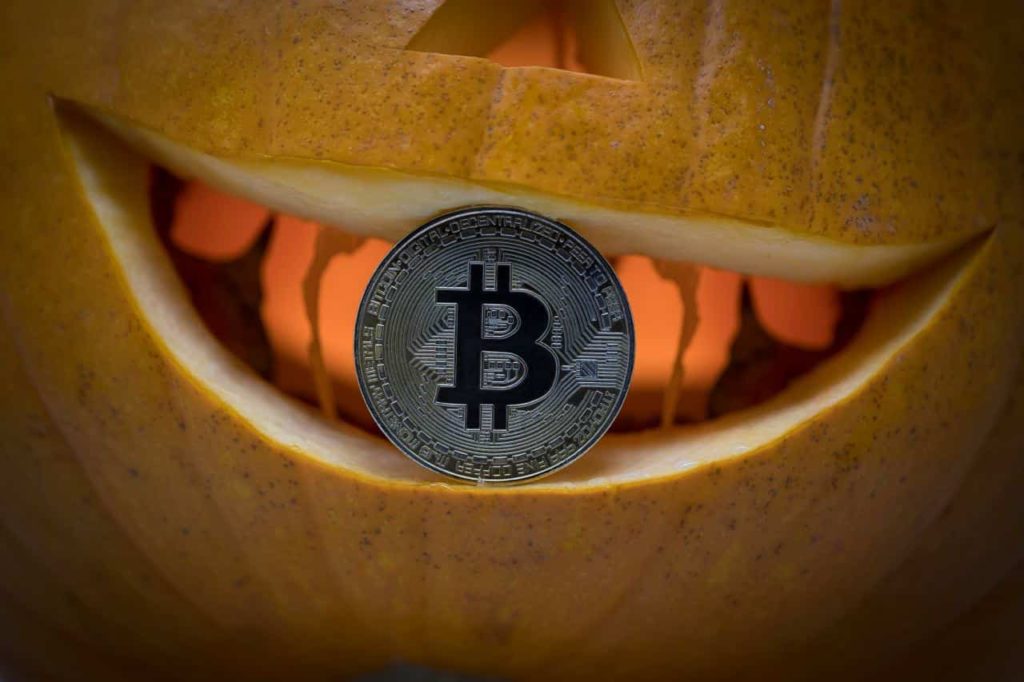 With the scariest holiday of the year quickly approaching, there’s another factor to consider while investing at this time of the year: the ‘Halloween effect.’ A popular superstition among traders who believe that Bitcoin (BTC) and the stock market generally perform better from the end of October until the end of May.

Interestingly, according to the historical data acquired by Finbold, the past three Halloweens have seen a year-on-year (YoY) increase in BTC price, however with Bitcoin currently trading slightly above $19,000, it would be a long shot to suggest that the digital asset could surge for the fourth year in a row, but spookier things have happened.

When looking at the price of Bitcoin on October 31, 2017, it was trading at $6,468 with a total market capitalisation of $107.7 billion, showing that although this year’s estimate is not very bullish, there has been considerable growth in the adoption of the digital asset and cryptocurrencies as a whole during that time.

Will the Halloween effect take place?

The unusual superstition, also known as ‘the Halloween strategy’ and ‘the Halloween indicator,’ may well see a price increase for Bitcoin after October 31 this year, for the remainder of Q4 and heading into next year. However, this will more likely be down to fundamentals and market sentiment as opposed to any hocus pocus.

Meanwhile, data reveals investors are taking BTC off crypto exchanges de-risking the chances of a future sell-off. Exchanges witnessed a drain of 40,572 BTC in a single day on October 18, the largest daily amount of Bitcoin to leave trading platforms in the last four months.

This data could suggest prices might stabilize around $19,000 this Halloween, especially considering that Bitcoin volatility is said to now be ‘pretty close to all-time lows.’

Although Bitcoin’s price may not rise YoY from Halloween 2021 to 2022, the most recent Finbold research shows that by the summer of 2022, 18% of Americans had invested in various cryptocurrencies. The figure is a 125% increase from the 8% of Americans who had a stake in the crypto sector during the summer of 2020; if the growth continues at this pace, the BTC price on October 31 next year may be a little less frightening.

Disclaimer: The content on this site should not be considered investment advice. Investing is speculative. When investing, your capital is at risk.