Until this year, Bitcoin (BTC -0.88%) had primarily been perceived as a means for financial speculation and not as part of a responsible retirement strategy. But things are starting to change faster than you might think. In April, Fidelity Investments began rolling out Bitcoin investment options for employer 401(k) plans. And Congress could be getting ready to vote on a potentially groundbreaking piece of legislation called the Retirement Savings Modernization Act that could help to make cryptocurrency a serious retirement option.

So can Bitcoin help you retire early? That depends on many factors, of course, such as how much you need to save, how much risk you are willing to take, and the amount of time you have until retirement.

How much do you need to save?

One reason why Bitcoin is so attractive as a retirement option is that, quite simply, there is no single asset class that has performed as well as Bitcoin over the past decade. If you had invested $1,000 in Bitcoin in 2013, you’d have over $140,000 today. Even if you had invested a similar amount in high-risk tech stocks, there’s no way you could have matched Bitcoin’s historical returns. So you can see why many people now believe that Bitcoin can turbocharge their retirement earnings. 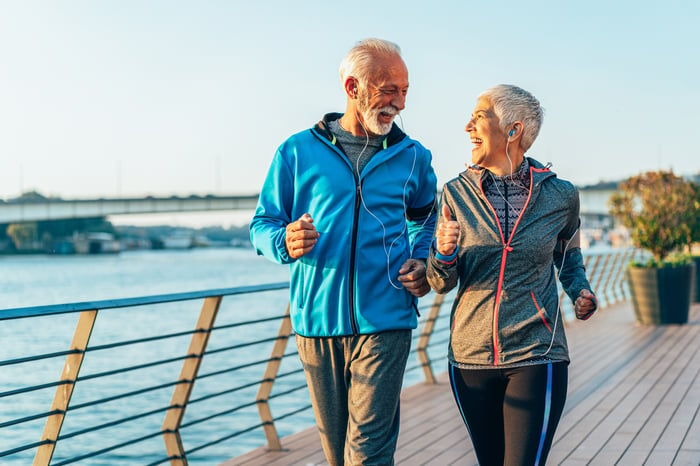 Just keep in mind that crypto is still so new as an asset class that we don’t know how it will perform over time. Yes, Bitcoin has been extraordinary over the past decade, but it has also suffered a handful of painful 50% declines along the way. For the year, Bitcoin is still down 60% and nobody knows when or if Bitcoin will reverse those losses.

Imagine what would have happened if you were planning to retire in 2022 and had relied on Bitcoin as your primary source of retirement savings. Before the crypto market meltdown, you probably fantasized about retiring abroad to an exotic locale. Now, 60% poorer, you may be thinking about putting off retirement entirely.

How much risk are you willing to take?

Despite this volatility, the risk-reward profile of younger investors is shifting in favor of high-risk, highly speculative assets such as crypto. According to a recent Bank of America private banking and wealth management study, an overwhelming majority of millennials said they wanted to diversify their investment portfolios with crypto. Over 75% of investors aged 21 to 42 said it’s impossible to achieve above-average returns solely with stocks and bonds.

When announcing their new Bitcoin retirement options in April, Fidelity initially placed a hard cap of 20% on the percentage that investors can allocate to crypto options. For now, you can think of that as the absolute maximum you should ever allocate to Bitcoin for retirement savings. Moreover, Fidelity is giving employers the option to lower that cap even more, primarily over concerns that the fiduciary duty they have to their employees might be jeopardized by offering high-risk retirement options. The U.S. Department of Labor has even weighed in on the matter, suggesting that employers should probably steer clear of offering any crypto investing options whatsoever. But, of course, that might change if new legislation is passed.

How much time do you have until retirement?

One reason people are now talking about Bitcoin as a retirement option is because their time horizons have shifted. Quite simply, 50 is the new 65. People want to retire earlier than ever before, so they need a way to speed up their investing timeline. That typically means finding new high-risk, high-reward assets, and crypto is certainly a high-risk, high-reward asset. In the past, people might have been willing to invest steadily for 30 years or so, and at the end of that time period, have enough to retire safely. But many people do not feel like they have 30 years to wait.

That’s especially true for young millennials. Maybe it’s part of the whole trend toward instant gratification in every aspect of our lives, but many young investors want their retirement money as soon as possible. From this perspective, Bitcoin could at least become a lifeline to someone who didn’t start investing in their mid-20s. It could be a way to catch up quickly with someone who started saving earlier.

Retire with crypto at your own risk

That being said, crypto is generally considered to be too volatile and too speculative for a responsible retirement strategy. Even with Fidelity getting involved here, you might have a hard time finding a company that will even offer crypto options for a 401(k). That is why many people are waiting to see what the new legislation coming from Congress will propose. In a best-case scenario for crypto enthusiasts, Congress could amend earlier legislation to make crypto an approved investment option under the Employee Retirement Income Security Act (ERISA). That would go a long way toward eventually legitimizing crypto for employers and institutional investors.

For now, it’s best to think of crypto as a way to enhance your retirement, rather than as a magic bullet that will help you retire early. So keep putting your money into that 401(k) or IRA, and keep looking for ways to save more and spend less. That is most likely the best way to retire early.