Jurgen Klopp and his Liverpool players had been asked no shortage of questions at the Emirates.

Over the course of a pulsating, punishing afternoon, they came from all corners – the tireless running of Gabriel Martinelli, the tenacity of Gabriel Jesus and, eventually, the packed room of reporters keen to rummage through the debris of another defeat that leaves Liverpool 14 points off the Premier League summit. Only right at the end did Klopp threaten to crack.

The Liverpool manager let out of a wry laugh. He bowed his head towards the bed of microphones. He turned to his media officer: ‘Why do you give questions away like this?’ Klopp joked before offering his own theory. ‘He’s new in the job.’ 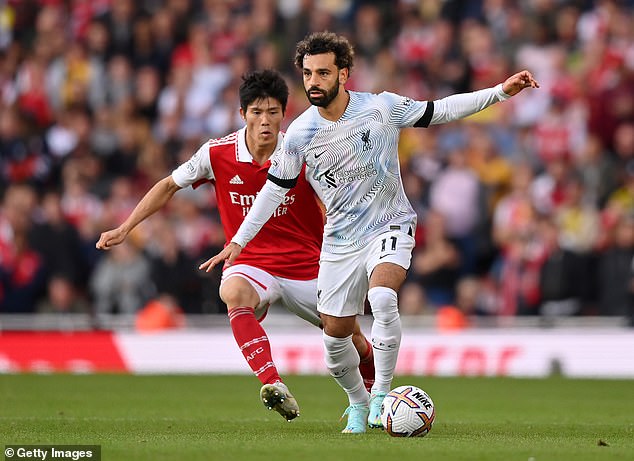 Klopp had just been quizzed on the final topic of a difficult post-match press conference. Mohamed Salah. Specifically, why the Liverpool manager chose to substitute his Egyptian king with 21 minutes to go.

And after the faux-outrage came a more considered response.

‘We had to defend on a high level and we tried to put Hendo (Jordan Henderson) on that side,’ Klopp said.

‘Mo did unbelievably – a lot, a big big workload, he put in a real shift.

‘That is sometimes very intense and we thought that is why we can do it with Hendo. We wanted still to win when we took the striker off.’ 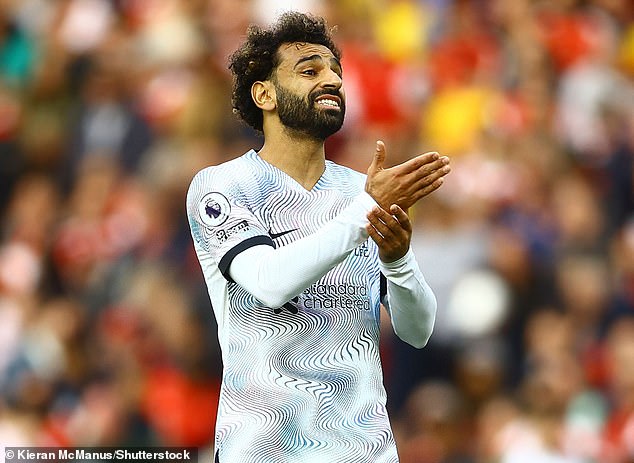 Given the long list of talking points from Liverpool’s 3-2 defeat, it all felt fairly trivial.

Certainly Klopp was more keen to talk about VAR, Jesus’ acting skills and Liverpool’s unfortunate ability to ‘knock down with your backside what you built with your hands’.

But the question had merit. At 2-2 Liverpool were chasing an important victory and yet Klopp decided to sacrifice Liverpool’s attacking fulcrum over the past five seasons.

No wonder the substitution drew loud, ironic cheers from the Emirates crowd. Yes, Salah had struggled to make much impact, but Arsenal have been on the receiving end of his magic enough in recent years.

They have also seen how a new, bumper contract can usher in a curious decline in even the finest players. Especially those the wrong side of 30. Not long ago, both Mesut Ozil and Pierre-Emerick Aubameyang committed their future to Arsenal for a hefty weekly fee. Before long, both were struggling for form and causing friction off the pitch. Both were eventually paid to leave the club. 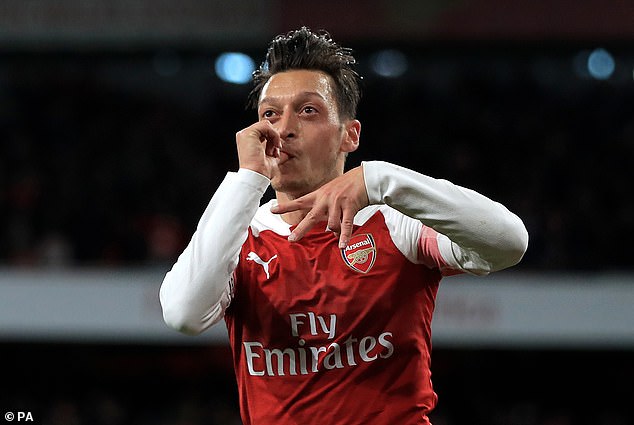 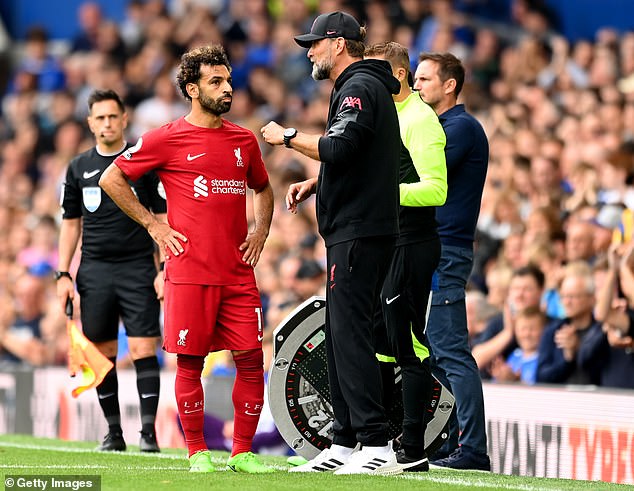 Salah’s dip has been inconspicuous by comparison. The 30-year-old became the highest-paid player in Liverpool’s history when in July he signed a new three-year deal which ended months of uncertainty and accusations that Salah was flirting with Real Madrid.

Klopp predicted that, with Salah now free from distraction, Liverpool would reap the rewards. Alas, the forward, whose form dipped in the second half of last season, has continued to stutter.

But Sunday’s defeat provided more evidence that Liverpool have problems to solve. And that Salah is not quite the unstoppable, undroppable force he has been for most of his time on Merseyside. The numbers support what the eyes can see. 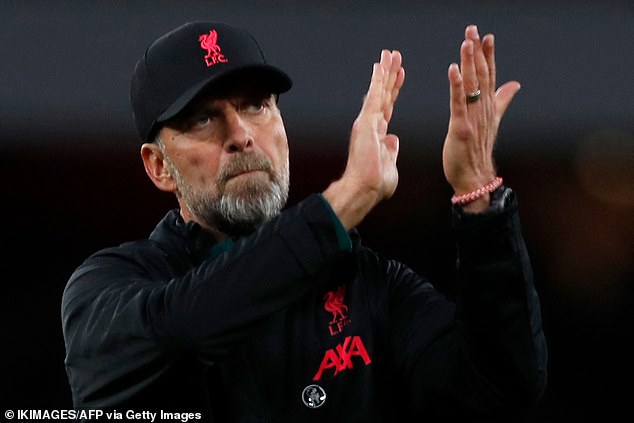 Over the first eight matches of this Premier League season, Salah is scoring at nearly half the rate of previous years – 0.3 goals per 90 minutes compared to an average of 0.7 between 2017 and 2022. His shot conversion has nearly halved, his dribbling has been less effective, too.

Curiously, though, this drop has not occurred across the board. Salah is currently creating 0.4 goals a game – the joint highest of any of his seasons in England.

This year, meanwhile, he has created 26 chances in eight league matches. Or 3.25 a game, nearly double his average across previous campaigns.

There are important caveats here, namely: it is early October, the season is still young. 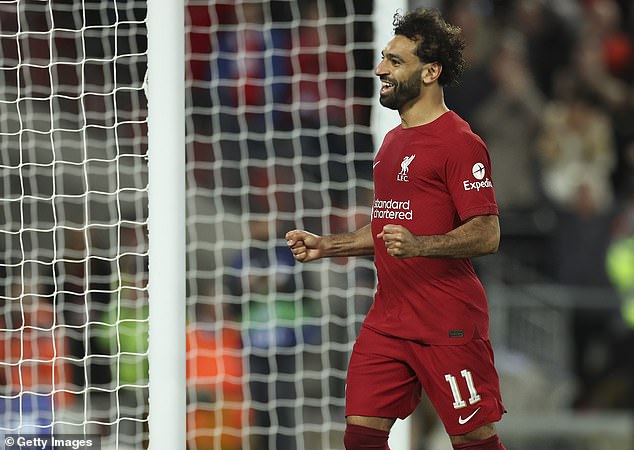 But those figures point to something more nuanced than a simple dip in form. They suggest Salah’s role in Liverpool’s team has tweaked slightly.

So what could explain that? There can be little doubt that Sadio Mane’s departure has destabilised Liverpool’s forward line. How could it not? Given Mane’s importance to Klopp and the relationship he and Salah had built.

His replacement, Darwin Nunez, has added a different, more traditional focal point to Liverpool’s attack. Unlike Diogo Jota or Roberto Firmino, Nunez does not instinctively drop into pockets, creating space into which Salah can hurtle.

This season, meanwhile, injury and suspension has forced Klopp to shuffle his pack far more than in some previous seasons.

No wonder the chemistry, which has long made Liverpool greater than the sum of their parts, has been stifled. 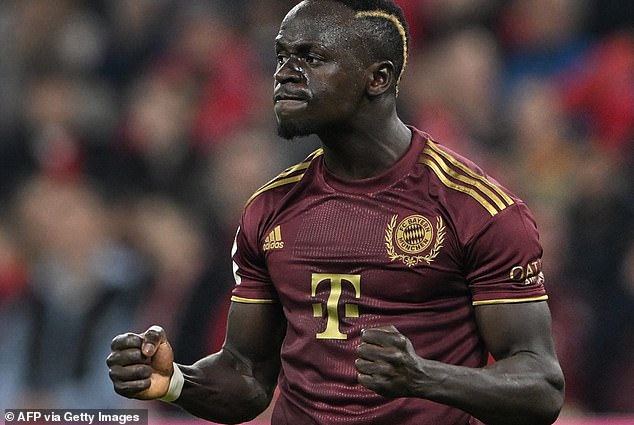 Then there is simple maths: Salah’s numbers since returning to England have been ludicrous. Sustaining them year on year is nigh-on impossible.

But all that did not prevent Mikel Arteta from taking precautionary measures on Sunday.

The Arsenal manager sprung a surprise at the Emirates, picking Takehiro Tomiyasu at left back to deal with Salah’s threat. ‘To think about doing that against Salah and actually doing it is a different story,’ Arteta admitted afterwards.

But it worked. Salah had no hand in either Liverpool goal and had precious few openings either. It took nearly 15 minutes for him to have a first chance to drive at Tomiyasu. The Japan international won the tussle and Arsenal emerged with the ball.

That drew huge cheers from the Emirates, the kind of gleeful response which greeted Salah’s substitution after an afternoon of frustration on which he and Liverpool left with nothing. 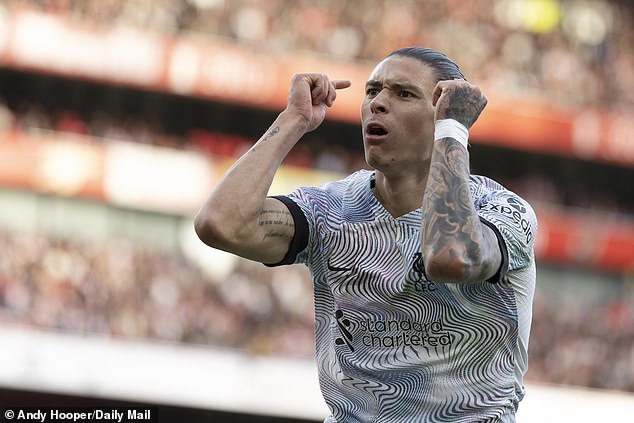 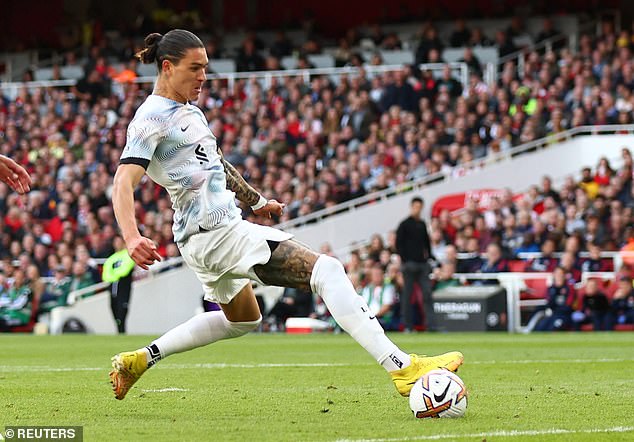