By Henry Tomlinson For Mailonline

During the aftermath of the game player’s passions are believed to have ‘boiled over’ during their meeting, with one player telling another to concentrate on their ‘own f***ing game’.

Ten Hag called a meeting with the players on the Monday after the hammering at the Etihad Stadium, but things got heated during the analysis of the team’s performance. Summer signing Lisandro Martinez and midfielder Scott McTominay are reported to be among the more vocal players in the Red Devils squad. 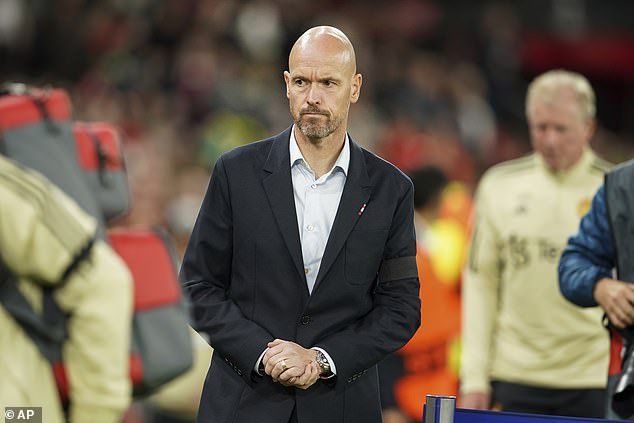 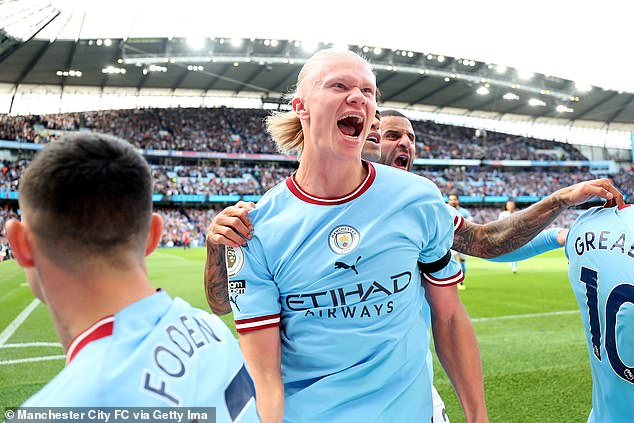 A source told The Sun: ‘Ten Hag asked each player one-by-one to explain their mistakes to one another.

‘Some players were blaming others for not covering, which led to full-blown arguments.

‘One player told another to “concentrate on your own f***ing game”.

‘It all got smoothed over, but tensions are high. Ten Hag actively encouraged it.

‘He’s told them he wants to see that level of passion on the field, not after the game has been put to bed.’

A United source added: ‘Erik wants them to get angry. It was frank and heated, and that’s what he wants to see.

‘You’d be surprised if he didn’t encourage it. He wants them to have that fighting spirit.’ 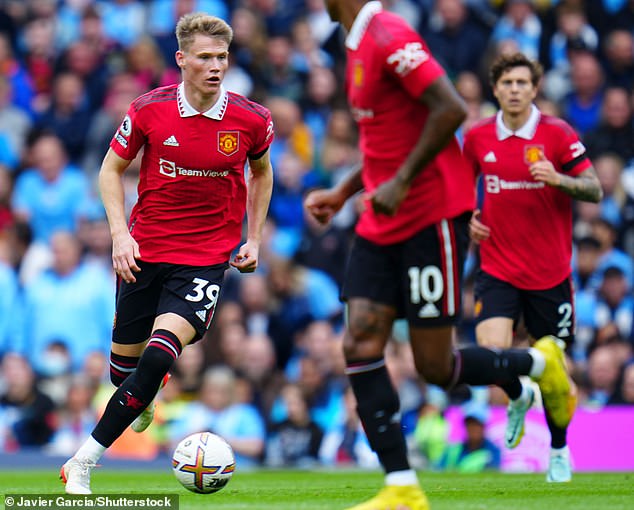 The report also claims that club captain Harry Maguire was given permission by United to take a break in the week in order to ‘clear his head’ as he jetted off to Portugal as he is recovering from an thigh injury that he picked up while on England duty.

While the 29-year-old defender was on his break, the team limped to an uninspiring win over Cypriot side Omonia in the Europa League.

Ten Hag wants the struggling defender to find his best form after his stock has plummeted in the last year due to his poor performances and he is desperate to get his captain performing again.

He said: ‘I have to back him but I back him because I believe in him.

‘I can see the qualities and even after he wasn’t in the team he trained really well and, more importantly, the quality was really there.

‘You see his career, almost 50 caps for England, for Leicester and Man United – he’s performing really well, what you see is high potential.

‘And then it’s about him. The players in the dressing room, the coaches, the manager believe in him. 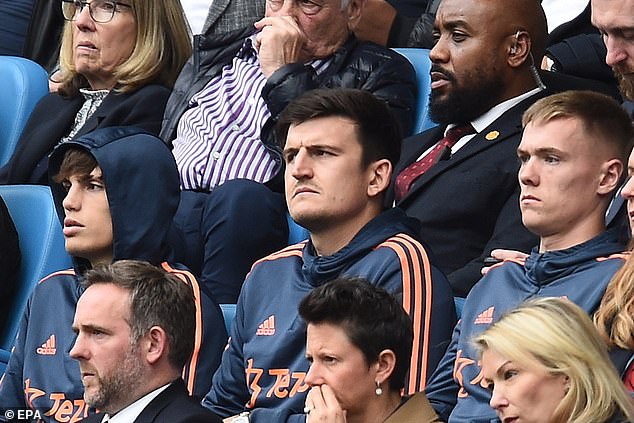 ‘That’s what I told him, I’m sure he can do it, and he will turn it around, I’m convinced of that.’

However he had insisted that all injured players must stay at the Carrington training ground as they try to get back to full fitness.

A source said: ‘Erik has high standards for everyone to abide by. He expects all injured players to remain with the group.

‘He believes they should function as one unit – injured or not.

‘But in Harry’s case he felt there were exceptional circumstances. He wanted him to have a mental break from the pressure he’s under.

‘He went away with his family and Erik hopes that will put him in a better place to recover from injury and rediscover his form.’

The Englishman is set to miss out for United in Sunday’s Premier League clash against Everton.