“I had to make a decision really quickly, to change my life, go to another club, another country, another culture,” Dest said. “This is a club I wanted to play for when I was younger, this is a nice step for me, a good chance to play again, I am really glad and honoured to play for this club.”

It all happened quickly. In the course of 24 hours, Dest went from being frozen out at Barcelona to joining the reigning Serie A champions. On Tuesday he made his debut for his new club in the Champions League at RB Salzburg.

The move was not what the US men’s team right-back expected at the start of the summer. But by the last day of the transfer window, everyone involved was happy with how it worked out.

Returning to Barcelona for pre-season training in early July, Dest expected he would be staying for the long term at the Camp Nou.

Although hampered by niggling muscle injuries last season, he still made 31 appearances in all competitions. Barcelona coach Xavi had been generally positive, and they had spoken about areas of his game that could be developed. Sporting director Jordi Cruyff and director of football Mateu Alemany had also assured the player and his camp that they saw him as an important squad member for the future. There was even a feeling that Dest could soon renew the contract he signed when joining from Ajax for €21million (£18.2m, $21m) in summer 2020. 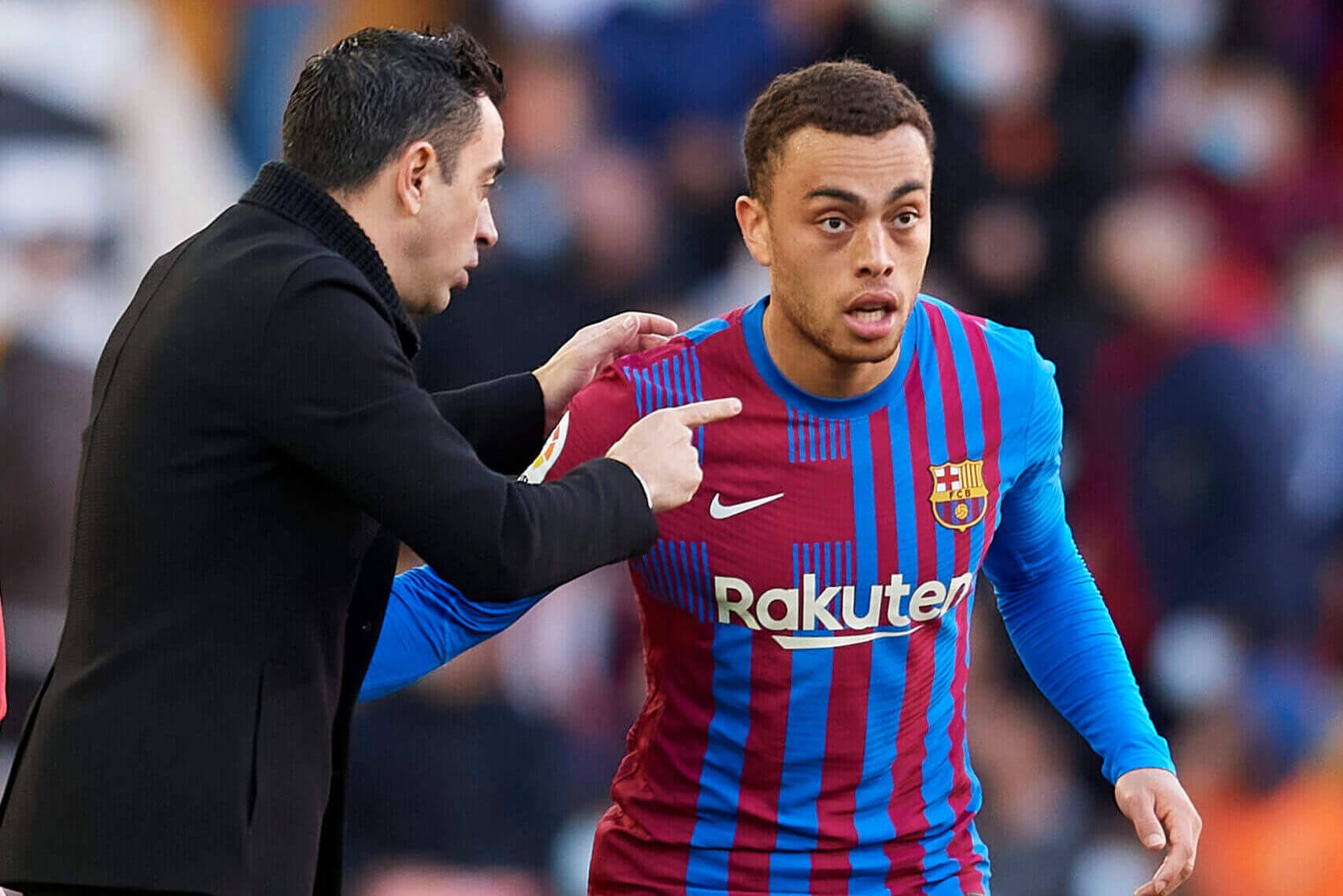 There was also an awareness that Dest had yet to really show what he was capable of in a Barca shirt. On arrival, then-coach Ronald Koeman had been very supportive. Dest played 31 La Liga games in his first campaign at the Camp Nou and started seven of their eight Champions League games that year. He also started the 2021 Copa del Rey final when Barca beat Athletic Bilbao 4-0.

That progress stalled last season. Koeman was under increasing pressure and the team were not gelling. After Xavi took over in November 2021, Dest was in and out of the team — niggling hamstring issues did not help. He knew he had not been great in some games, such as away to Bayern Munich in the Champions League when he was subbed off at half-time soon after Xavi took over. But being played in different positions by both coaches — right midfield, left-back, right wing — did not help. Meanwhile, there was some frustration at others who are not specialists, like Ronald Araujo, being used at right-back instead.

Still, he had contributed when Barca’s form had picked up under Xavi through spring 2020. He also had confidence that, if he could get a run of games in his best position, in a team which was collectively doing better, he could show he was capable of reaching the level required to succeed at Barcelona.

So on his return from his summer holidays, Dest’s situation was different to other players like Riqui Puig and Samuel Umtiti, who had been told by Xavi at the end of last season to find new clubs. Unlike them, Dest went on Barca’s summer tour of the US and featured in their exhibition Clasico against Real Madrid in Las Vegas, almost scoring a late goal in Barca’s 1-0 win.

“I’m happy at this club and I will definitely stay here,” Dest said during that US tour. He also said his hope was that he could put last year’s injuries behind him and that 2022-23 would be much improved for him and the team.

There were some stories in the Catalan press claiming that Dest was one of the players Barca’s hierarchy were hoping to sell to raise money to fund a shake-up of the squad. Almost everyone in the Blaugrana squad is familiar with such media speculation, however, and he trusted what he had been told.

The situation did not change in mid-July, even after Barca had agreed personal terms with Chelsea’s Cesar Azpilicueta, who Xavi had identified as the right-back he wanted for the new campaign. Dest is more than a decade younger than the Spain international and is a different type of player with different strengths. Anyway, Azpilicueta gave up waiting for Barca to sort their finances and sign him and stayed at Chelsea. So in early August, Dest was still thinking he could stay, work hard, and be ready to take his chance to impress when it came along. Xavi had indicated that such opportunities would arrive.

When the team got back from the US in early August, it quickly became clear something had changed. Even after all the pulling of financial levers, Barca’s board still needed to raise money from transfers. Their attempts to sell Frenkie de Jong, a former teammate of Dest at Ajax too, were being thwarted. They had now spent another €60million to sign Jules Kounde from Sevilla, who can also play at right-back, but were not yet able to register him with La Liga.

There was also a feeling from some close to Dest that being so associated with Koeman, and having been signed by former president Josep Maria Bartomeu, was a factor in the current board’s thinking. Others in a similar situation, including Memphis Depay and Martin Braithwaite, were also no longer in the club’s long-term plans. 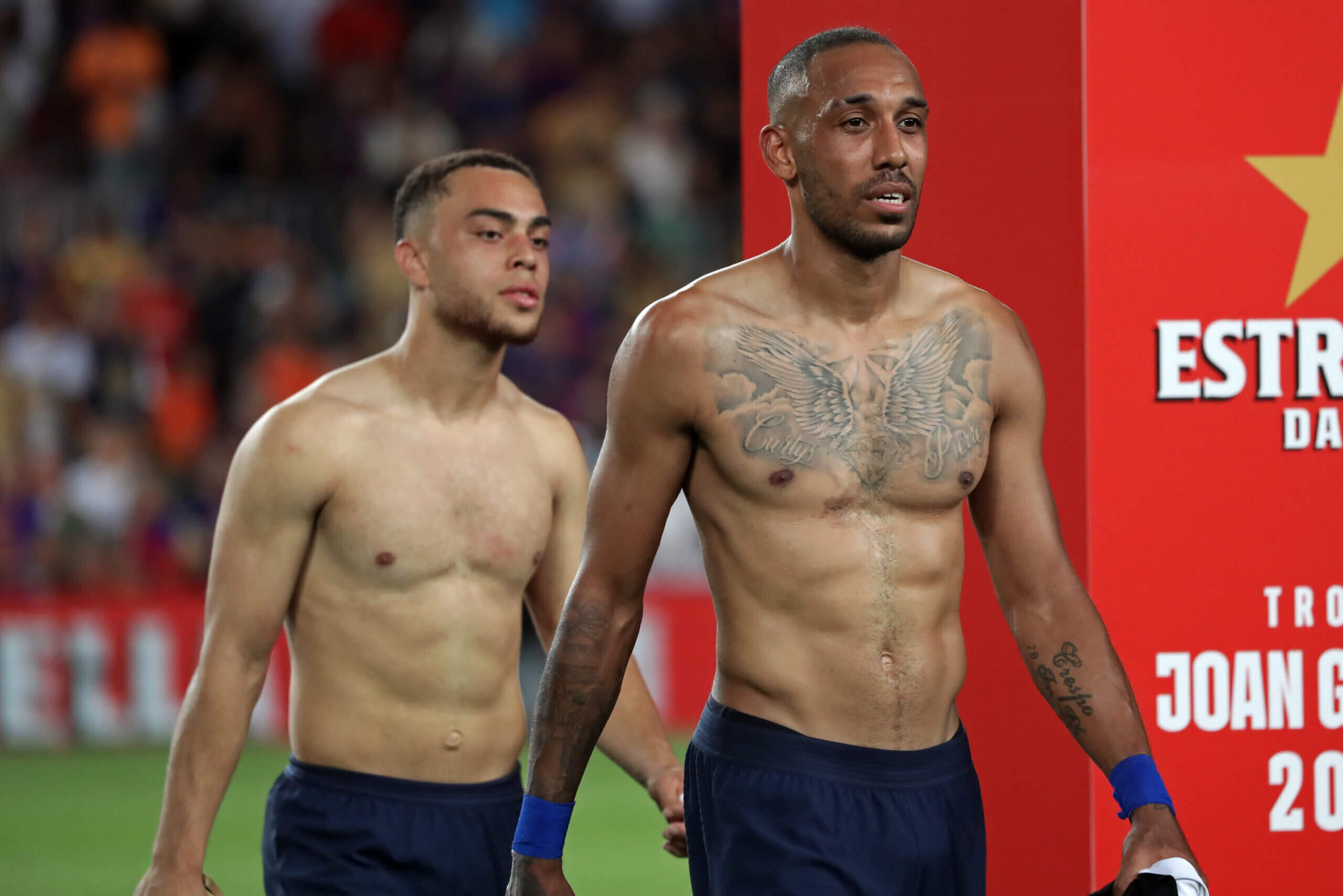 Dest with former team-mate Pierre-Emerick Aubameyang after one of their final games for Barcelona, a pre-season friendly on August 7 (Photo by Urbanandsport/NurPhoto via Getty Images)

The change in circumstances could not have been clearer when Dest was not included in the match squad for the La Liga opener against Rayo Vallecano on August 13.

When asked about his options at right-back at the pre-game press conference, Xavi mentioned Kounde, Araujo and utility player Sergi Roberto. Reminded by a reporter about Dest’s name, Xavi replied “Sergino? He knows the situation.”

Everyone did, and Dest’s camp were by now looking seriously at their options. Manchester United and a reunion with his former Ajax manager Erik ten Hag was a possibility. Barca’s hierarchy liked that idea as they thought it might help push De Jong to Old Trafford.

Dest was a much better fit for Ten Hag’s preferred style than Aaron Wan-Bissaka, and the manager would not have stopped Wan-Bissaka from leaving Old Trafford. But United football director John Murtough backed the England international. There was also some surprise in Dest’s camp that Barca were asking for €20million, more or less what the club had paid two years previously. Barca’s negotiating position was not great, given their public need to sell.

About a week before the window ended, Villarreal appeared on the scene. Barca initiated contact with the La Liga club about signing their Argentina international defender Juan Foyth. Villarreal asked about taking Dest, especially after Foyth injured his knee on August 28. A loan deal was proposed. But Barca were still hoping to sell, and Villarreal, who are in the Europa Conference League this year, would be a considerable step down for the player.

There was interest in Dest from other clubs, including Borussia Dortmund. The possibility of a swap involving the German team’s Thomas Meunier was considered. Barca were interested in signing the Belgian international, but the two clubs never came close to agreeing how that deal would work.

It was the final day of the window before the destination became clear. Milan’s back-up right-back Alessandro Florenzi was injured and the club’s technical director Paolo Maldini had closely watched Dest’s development over time. Some at San Siro felt the position was still well covered, by club captain Davide Calabria, while Alexis Saelemaekers and Pierre Kalulu were options to fill in on occasion if required.

After discussions among the recruitment team, it was decided to take the opportunity to add Dest for a year and see how it developed. Milan then quickly made their move. Dest himself was made to feel very wanted, in contrast to the situation back at the Camp Nou. Barca finally accepted he could leave on a season-long loan, which included an option to buy at their €20million price. 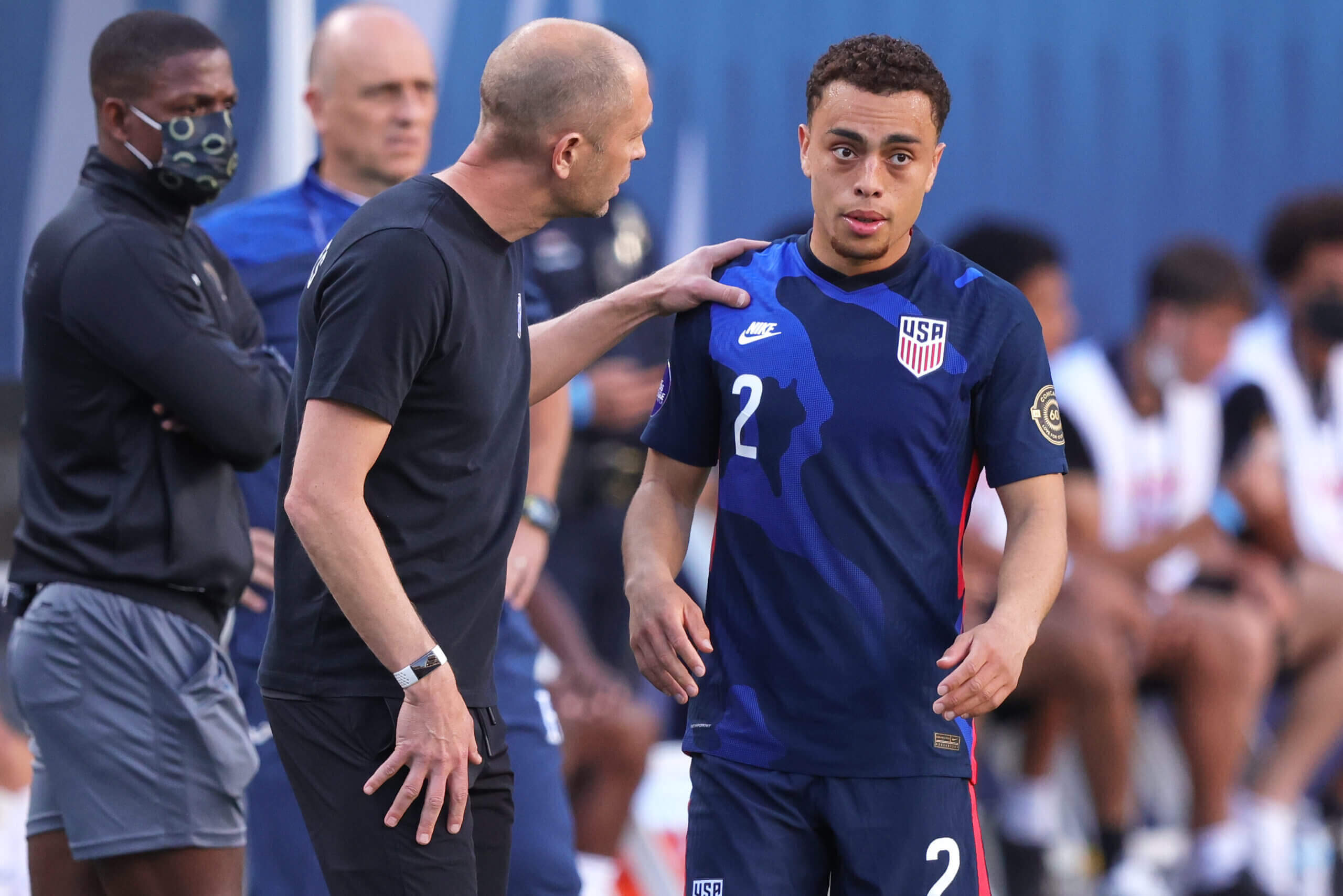 Dest had been assured that USMT coach Gregg Berhalter would take him to November’s World Cup in Qatar even if he were stuck on the Barcelona bench. Still, it would be much better if he was featuring regularly for Milan in Serie A and the Champions League.

“I need to get minutes for the World Cup. I want to play and this is a great opportunity,” Dest said on arrival in Italy. “I did not even think twice. I have to do this. I want to play with this badge. It was an easy decision to make.”

Although he has already had 19 senior international caps for the US, and has played over 100 senior games between Ajax and Barca, Dest is still just 21. Those around him see lots of potential to improve as a player, especially defensively, if he gets regular game time and supportive coaching. If that happens and he shines for Milan over the course of the season, that €20million price tag will look like a bargain.

It still remains possible that Dest could return to the Camp Nou for 2022-23. Deadline day saw Barca sign another right-back in Hector Bellerin, but the former Arsenal man has signed just a one-year contract. Next summer is sure to be busy again at the Catalan club, whose financial issues are far from over.

For now, though, the focus will be on the shorter term at San Siro, where the competition at right-back includes Italy international Davide Calabria. “Dest has quality, he will give us other solutions,” said coach Pioli after his debut on Tuesday evening in Salzburg. A Serie A debut at Sampdoria could come today, and Dest is confident he will get a chance to earn a regular starting spot.

A summer of twists and turns had a happy ending. Now Dest can show what he can do.