The general consensus last week was that Brendan Rodgers’ position as manager of Leicester City was safe for now — but that was before their defensive capitulation at Brighton & Hove Albion and it is quite clear things can’t carry on in a similar way.

After picking up just one point from the first six games, in which his side have conceded 16 goals, and suffering five consecutive defeats, his situation looks increasingly precarious.

Until now, Leicester’s hierarchy have not had an appetite to make a change. They will be planning for that eventuality, though, because the truth is that, if and when that decision is made, it will be made by the chairman and owner Khun Top Srivaddhanaprabha alone. And it could come at any time.

Rodgers’ personal relationship with Khun Top, who hasn’t been at the last few games, has always been strong. Only on Thursday did Rodgers say that a major reason why he has been at Leicester for the longest period of his career was because of the ownership of the club.

His honest comments about not receiving the help he needed to reshape the squad would have been noted but they will not influence the final decision.

The cost to relieve the highest-paid manager in the club’s history with three years left on the contract he signed in December 2019 might cause more considered thinking. Reports that Rodgers is paid £10million ($11.6m) a year are inaccurate but he is still handsomely rewarded. It still wouldn’t stop Khun Top making the decision.

Rodgers wasn’t given the licence to spend large amounts of money in the transfer window because of concerns over financial fair play rules and Leicester’s rising wages-to-revenue ratio, which has seen them placed on a UEFA watchlist. If the decision to get rid of Rodgers was best for the long-term future of the club, Khun Top would pay the price. His family’s personal wealth has been damaged by the global pandemic but they remain very wealthy, while parent company King Power is also believed to be holding reasonably strong, despite the tourism industry still recovering. 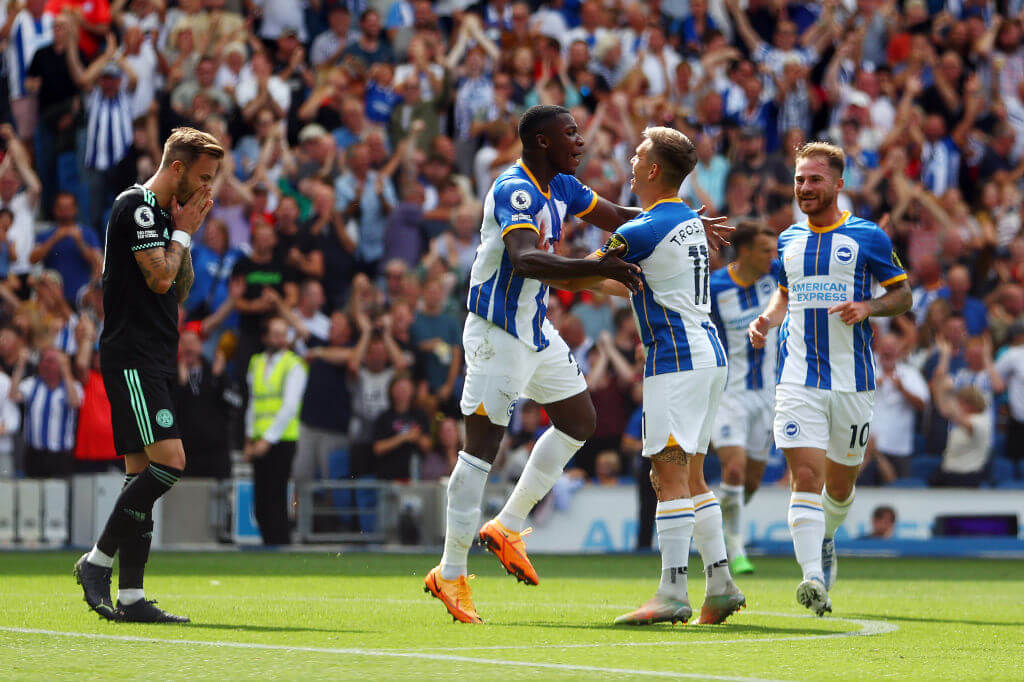 There are financial concerns at Leicester. They have made losses of £120million over three years and the next accounts are not expected to make pretty reading. The club is braced for another big loss and the club debt of £276million will rise substantially, but the cost of relegation would be catastrophic.

Make no mistake, the spectre of a relegation battle is looming. This is the biggest challenge they have faced since the 2016-17 season when Top’s late father Khun Vichai made the toughest decision of them all, to remove the manager, Claudio Ranieri, who had just achieved the greatest triumph in the club’s history.

There are some similarities. The last time Leicester lost five consecutive games in the Premier League, it was just before Ranieri was sacked. Rodgers has achieved so much in his time at the club, with two top-five finishes and an eighth place, reaching a European semi-final and winning the FA Cup and the Community Shield. That has put plenty of stock in the bank but it doesn’t make him bulletproof.

Also like Ranieri, when his players seemed confused by a new game plan, there is discontent within his ranks. Rodgers has made it abundantly clear that several members of his squad are unwanted, having reached the pinnacle of their careers. Having then failed to move those players on in the transfer window, he is stuck with them but he is likely to need them at some point. Getting them back onside will be tough.

Iheanacho and goalkeeper Danny Ward, who both started at Brighton, Soyuncu and Mendy were on the bench at Vicarage Road. The side hasn’t changed much in that period, despite Wout Faes, who was the only player to arrive in the summer window, becoming the 13th player signed under Rodgers for a total of around £220million. That so many of those players have not become regular starters is a point that hasn’t gone unnoticed by the club’s hierarchy.

Not long after he arrived, Rodgers laid out his philosophy for man-management. “I think what’s so important with players is that you’re clear,” he told The Athletic. “Clarity and purpose, I’ve found that so, so important in my management career as I’ve gone along, so that players are stable in terms of where they’re at. And the only way you do that is through conversation.”

Now Rodgers is struggling to get his message across and sources say there are concerns within his squad that players are uncertain of what is being asked of them, confused by the regular changing of systems and personnel, puzzled by the game plan. One in attack, then two. Four at the back or five. There is some discontent and discord. 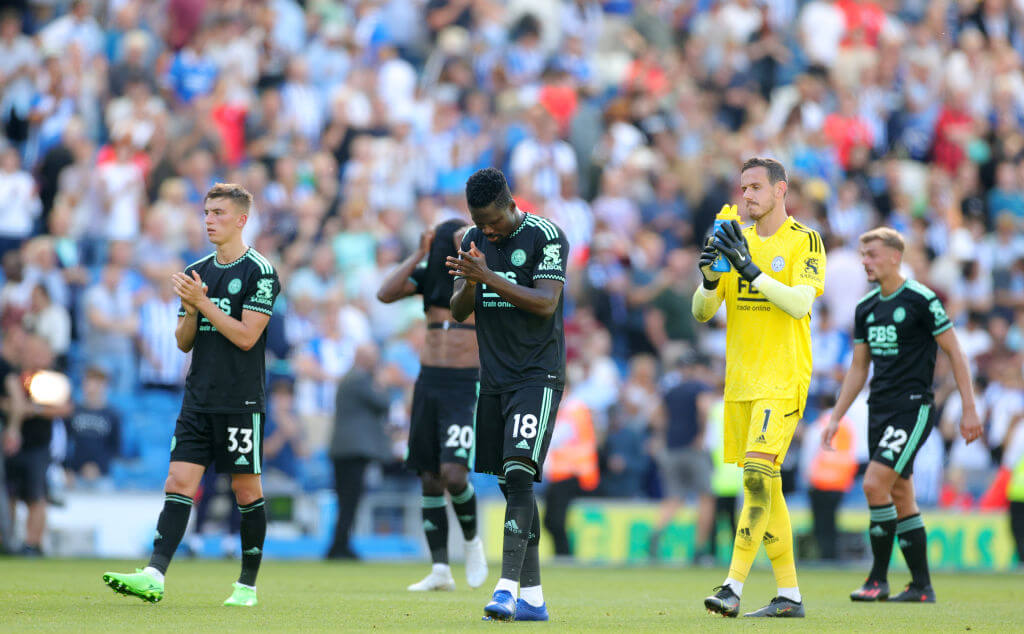 The omission of Timothy Castagne, a player who Leicester held onto after the long-term injury to Ricardo Pereira, despite interest from Atletico Madrid and Borussia Dortmund, has been puzzling. Rodgers said it was because of the number of goals conceded but Castagne has been one of his most reliable and consistent performers.

One area Rodgers does differ from Ranieri is in the message he has been delivering publicly. While Ranieri always tried to deflect negativity in press conferences, Rodgers has had to change his downbeat message this week.

Talk of the club being “destabilised”, not being the club it was two years ago, his squad being weaker, needing help but not getting it — and the damning verdict after the FA Cup defeat at Nottingham Forest last season that many of his players were not as good as they thought and had reached the end of their time at the club — have created a negative narrative that has continued throughout the summer.

Not only has that seeped through to the supporters but also to his players, affecting morale. Confidence is low in many of his younger players and he took Kiernan Dewsbury-Hall out of the starting line-up at Brighton. The team has frequently conceded goals straight after scoring themselves this season and were quickly 2-1 down from being a goal up in the first minute at the Amex Stadium.

As events unfolded and Leicester unravelled, several of his players could be seen arguing on the pitch too, particularly Ward and Ndidi in the first half. Rodgers insists the spirit is there, and Leicester’s squad is a close group, but there are worrying signs.

Rodgers’ narrative about the state of the club may be an attempt at self-preservation, used as mitigation for his team’s troubles, but he knows he has to change the message now.

He has to inspire a group low on belief and provide clarity on how they move forward, because if he can’t do it, Leicester will find someone they feel will. They’ve done it before.

Bitcoin back above US$17,000, Ether gains along with other top 10 crypto

Face ID out, “Apple Ring” in! Google might hold the secret to the next huge iPhone innovation?

Bullish on Bitcoin, US Senator Ted Cruz wants Texas to be a crypto oasis