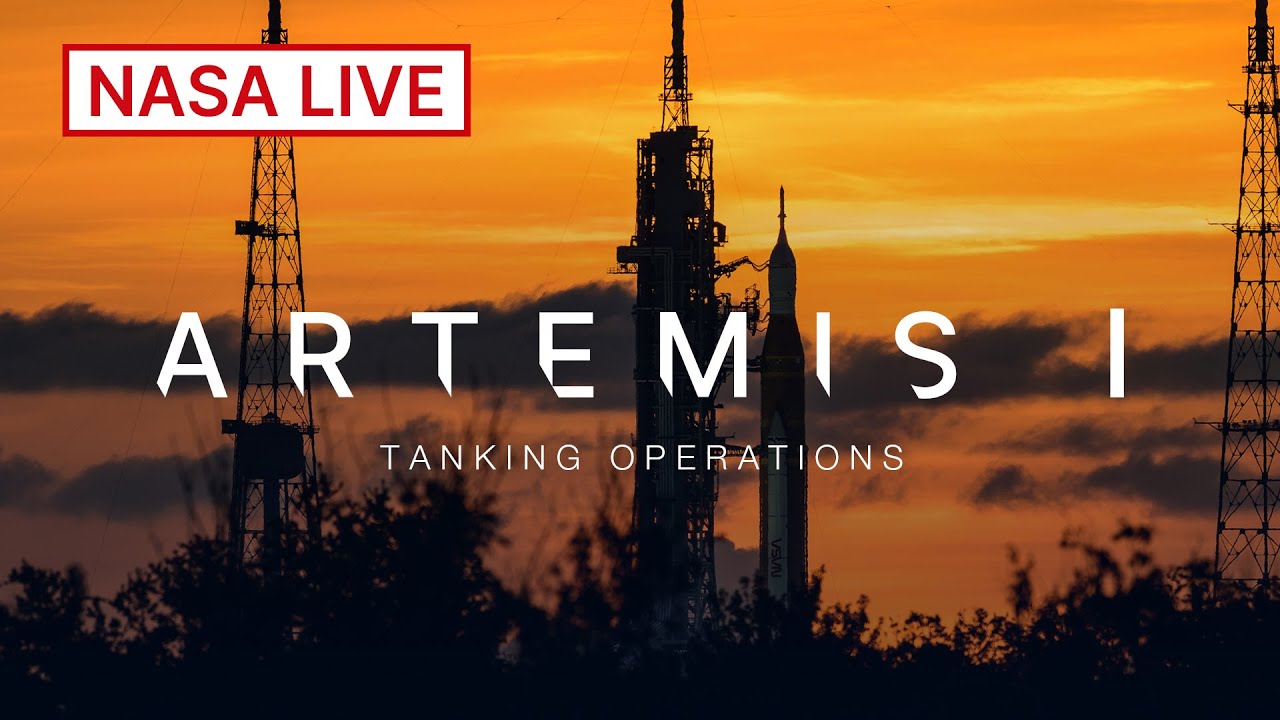 Space is important to us and that’s why we’re working to bring you top coverage of the industry and Florida launches. Journalism like this takes time and resources. Please support it with a subscription here.

Update: NASA has called off this launch due to a hydrogen leak. The next attempt could come as soon as Monday or Tuesday evening, but will depend on what engineers need to do to fix the issue.

Follow live as NASA targets 2:17 p.m. EDT Saturday, Sept. 3, for the launch of its massive Space Launch System rocket on a mission to the moon known as Artemis I.

If it takes off on time, this mission will take Orion on a 38-day mission to the moon and back. There is no crew aboard.

SCRUB! No Artemis I launch today primarily due to the hydrogen leak issue. There are opportunities available Monday and Tuesday, but will depend on a fix. Stay tuned for more details.

11:10 a.m. EDT: Launch Director Charlie Blackwell-Thompson, who was presented with a recommendation to scrub today’s attempt a few minutes ago, said she would like some more time to confer with teams before officially waving off today’s flight. Stay tuned.

10:55 a.m. EDT: The launch team is recommending a “no-go” status for today’s Artemis I liftoff. That will now go to the launch director, who will most likely approve that. Pretty safe to say today will be a scrub.

To be clear, it’s safe to say today’s launch has been scrubbed due to the hydrogen leak issue. Just waiting for Launch Director Charlie Blackwell-Thompson to make the official call based on meetings with her team.

Liftoff still targeting 2:17 p.m. EDT, but you can expect this to shift to later in the two-hour window – or we see a scrub. Stay tuned.

10:15 a.m. EDT: After letting the leaky line warm up, NASA is again starting to flow supercooled hydrogen into the SLS rocket. We’ll see if the fix holds. Otherwise, the LH2 loading process is way behind as you can tell from the latest fill percentages:

10 a.m. EDT: In an effort to fix a hydrogen line leak, NASA will let it warm up before pushing through supercooled liquid hydrogen again. Managers hope the stop-go process will help reseat the connection and resolve the issue.

9:35 a.m. EDT: Attempts to fix a hydrogen leak impacting today’s Artemis I launch haven’t worked, according to the latest NASA update. Most recently, teams pressurized a line with helium in an effort to reseat it, but the leak is still being detected. Managers will confer.

9:20 a.m. EDT: The leaky hydrogen line leading to the SLS rocket’s core stage is now flowing with propellant again, but at the slow-fill rate. Teams will monitor the speed and status of fill to make sure the attempt at fixing the problem holds.

Hydrogen flow back on

9:10 a.m. EDT: NASA says the use of helium to re-pressurize the hydrogen line is done. Will start flowing hydrogen again at the slow-fill rate. Latest status:

9:05 a.m. EDT: Teams have stopped flowing hydrogen into the core stage again due to the previous leak. They’ve loaded helium into the line to pressurize it in an effort to “reseat” it; if that works, they’ll again move from a slow-fill to fast-fill process.

8:45 a.m. EDT: Teams at KSC’s Launch Control Center are still seeing hydrogen flowing into the core stage properly, but at the tedious “slow fill” rate. They’re keeping an eye on the fix before moving to “fast fill,” which should speed up the process dramatically and hopefully make up for lost time. Current fueling status:

8:30 a.m. EDT: Much less traffic today so far compared to Monday’s attempt. Example: Starting at 4:20 a.m. Monday, it took our reporter 1 hour 45 minutes to creep 5.9 miles to the KSC checkpoint on North Courtenay. Today, he drove directly to the checkpoint with no delays.

8:15 a.m. EDT: Teams are seeing liquid hydrogen flowing into the Space Launch System rocket’s core stage again, though at a much slower rate than usual. Good sign that the issue is resolved. Current status:

7:50 a.m. EDT: NASA teams at Kennedy Space Center working through a supercooled liquid hydrogen loading issue have agreed on a path forward: one of the umbilicals leading to the rocket will be allowed to warm up, then slowly chilled again. This will allow it to “reseat,” potentially resolving the issue. SLS uses a mixture of liquid hydrogen and oxygen.

7:25 a.m. EDT: Teams have paused loading hydrogen into the Space Launch System rocket due to a leak detected in the engine cavity. Hydrogen, along with liquid oxygen, is one of two main propellants used by the 322-foot rocket. Stay tuned.

Luckily, teams today have a two-hour window to fly, so there’s plenty of time to resolve the leak issue. Window still opens at 2:17 p.m. EDT.

‘Go’ to start fueling at KSC

6 a.m. EDT: NASA teams at Kennedy Space Center’s Launch Control Center have polled “go” to start the fueling process for the Space Launch System rocket this morning. This sets mission managers on a path toward an on-time liftoff at 2:17 p.m. EDT.