It is fascinating to watch Erik ten Hag wrestle with the challenge he faces at Manchester United.

The Dutchman is fighting on three fronts: to develop a better culture based on hard work, teamwork, belief and expectation; to impose his philosophy of football on the club and at the same time, to achieve results.

And the manager believes Antony, who United have signed from Ajax for £84million after a lengthy pursuit, will help him deliver on all those objectives. 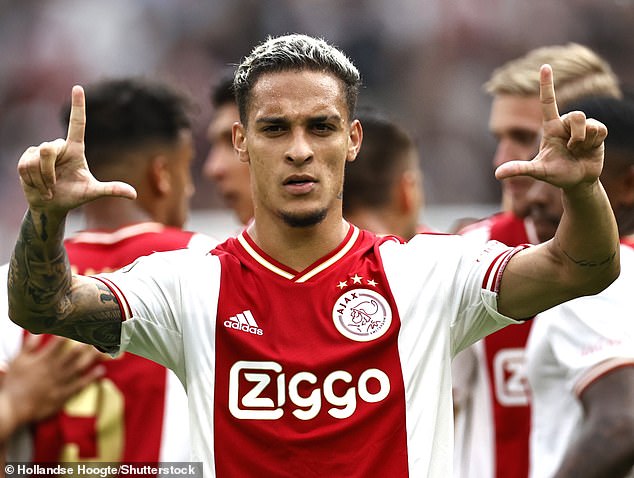 The colossal fee has raised eyebrows, even among United fans, not least because the club balked at the asking price only to ultimately agree to pay it.

But the fee is not an issue that will concern the manager and does not detract from what Antony brings him. The winger has been a target for Ten Hag all summer. He simply wants him in the building.

So, how will Antony add to what United already have and why was Ten Hag so desperate to sign the 22-year-old Brazilian?

Ten Hag is turning around the culture at Manchester United. The team is starting to play with a desire and cohesion not seen during listless spells under Ole Gunnar Solskjaer and Ralf Rangnick.

And he views Antony as someone who will add to the spirit of the side, which the manager views as the principal task at present. 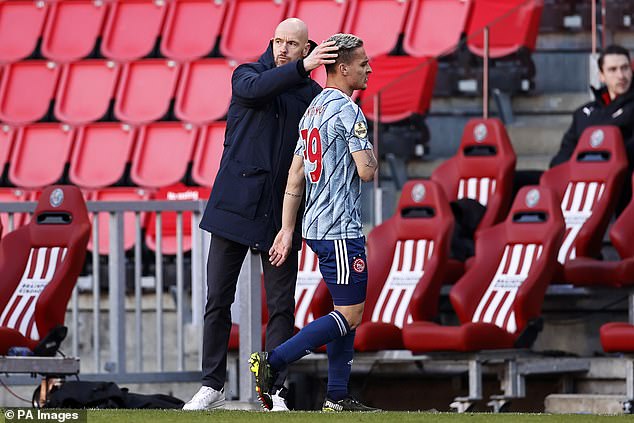 Since the debacle at Brentford, where United lost 4-0, the shift in attitude (and work rate) has been palpable in the stunning 2-1 win over Liverpool and now a battling 1-0 victory over Southampton.

United’s away support loved the attitude of the team at St Mary’s, revelling in the uncompromising contributions of Lisandro Martinez, in particular.

Togetherness and unrelenting commitment have to be the starting point for any success, but those qualities have been prominent by their absence at Old Trafford, and it has been even worse on the road, where the Red Devils has lost seven in a row before Saturday’s result.

After the match, Ten Hag put the problem down to a lack of team spirit. 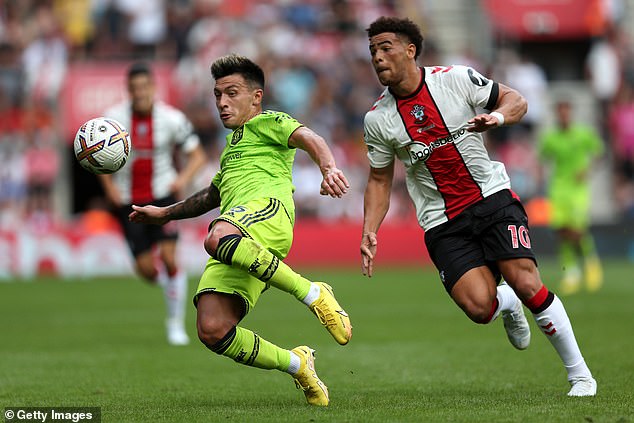 The manager has brought about a culture change at Old Trafford built around players like Lisandro Martinez, who delighted United fans with a tough display against Southampton

The culture change at Old Trafford has been built around the players Ten Hag has brought in, who have played for the manager before, trust in him and his methods.

Martinez is the prime example, but left-back Tyrell Malacia is showing plenty of fight and Christian Eriksen, an Ajax graduate himself, who trained with the Amsterdam club during Ten Hag’s tenure, as he recovered from the cardiac arrest he suffered at Euro 2020, has also been influential.

As well as his composure on the ball, Eriksen is returning similar stats as Scott McTominay in terms of duels and ball recoveries. The Dane is digging in.

The rest of the team, with the possible exception of Ronaldo, who has made it clear he wants to leave, are buying in, too. It was interesting to hear McTominay talk about the ‘fire inside of us’ in his post-match interviews on the south coast.

Casemiro will add to that team spirit. He was the first to congratulate Bruno Fernandes after his match winning strike at St Mary’s, waiting on the touchline to embrace his new team mate. And when he came on, he rolled up his sleeves and got straight down to work. 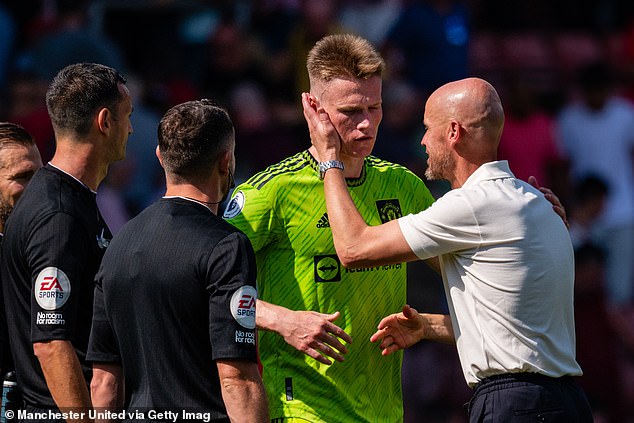 And Antony, who signed for Ajax from Sao Paulo for £20m in July 2020, will undoubtedly be another committed disciple of the Ten Hag project at Old Trafford, because the manager and the player are devoted to each other.

Ten Hag has described Antony’s ‘incredibly beautiful development’ at Ajax, while the Brazilian reciprocated in an interview with the Dutch newspaper, De Telegraaf.

‘Every player under his guidance becomes a better footballer through his training,’ he said. ‘I am grateful for that. I respect him very much.’

The manager has shown impressive flexibility in altering his playing style in order to deliver results.

Ten Hag is known for a possession-based game in which he craves control all over the pitch. But at United, it quickly became clear to him that the team does not yet have the personnel to deliver his philosophy. 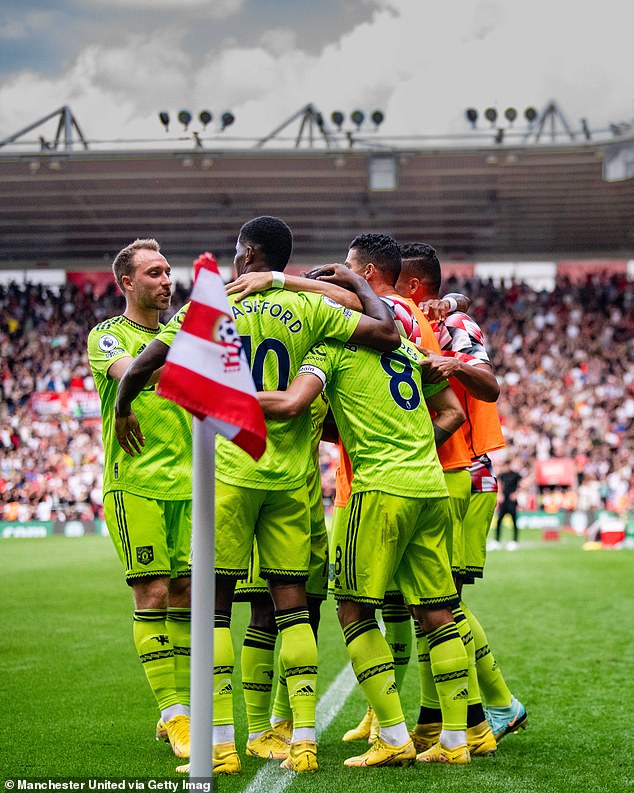 Pressed and harried into catastrophic mistakes by Brighton and Brentford deep inside their own half, Ten Hag changed tack.

Against Liverpool, De Gea was instructed to go long in every situation, while at Southampton, United mixed it up, but the goalkeeper and his team mates still took no chances.

Ten Hag would have winced at his side kicking away possession, but he knows that there was little choice as he chased a win at St Mary’s, or at the very least a draw. Instead, the team fought for possession higher up the field and then sought to use it.

In a 15-minute spell after half-time, United played ‘Ten Hag ball’, which led to Fernandes’s wonderful goal. In this spell, wide players came inside to create space on the flanks, which allowed Diogo Dalot to advance and cross for captain Fernandes.

This is precisely Antony’s game. A left-footer, who plays on the right (a problem position for United in recent years), Antony loves to dart inside and create havoc. 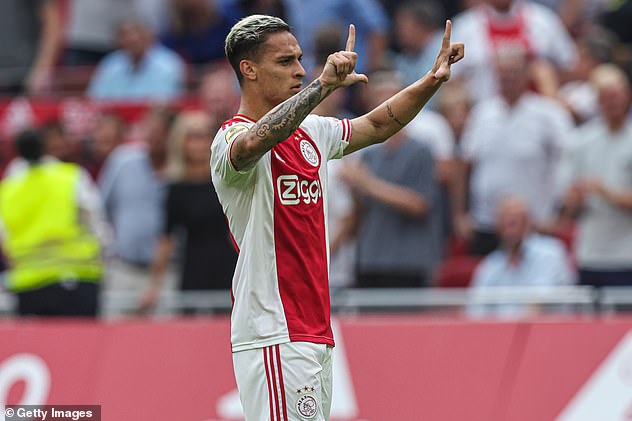 Given his enormous price tag, Antony will quickly become a starter, and the manager will expect him to deliver results. Ten Hag has previously compared the 22-year-old to Arjen Robben, who made that inverted movement his trademark.

Last season, under Ten Hag’s direction Antony returned 12 goals and 10 assists in 33 matches, in all competitions.

Compared to the United squad last term, which looked disjointed going forward, the Brazilian averaged 1.8 dribbles per game, which was only bettered by Paul Pogba’s two for the Red Devils.

Similarly, his 1.6 key passes per game was beaten by just Luke Shaw (2) and Bruno Fernandes (2.5), while only Cristiano Ronaldo (3.7) had more shots per game than the Ajax star (3.4), suggesting Antony would add much-needed creativity to Ten Hag’s side.

And Antony is seriously quick. He has been clocked at 35.7kph (22.2mph), which would put him in or around the top 10 for the fastest players in Premier League.

Statistics vary for players’ speed, but Adam Armstrong at Southampton, Wilfried Saha at Crystal Palace, Manchester City’s Kyle Walker and Liverpool’s Mohamed Salah usually feature near the top of the list with a top speed around 36kph or 22mph. 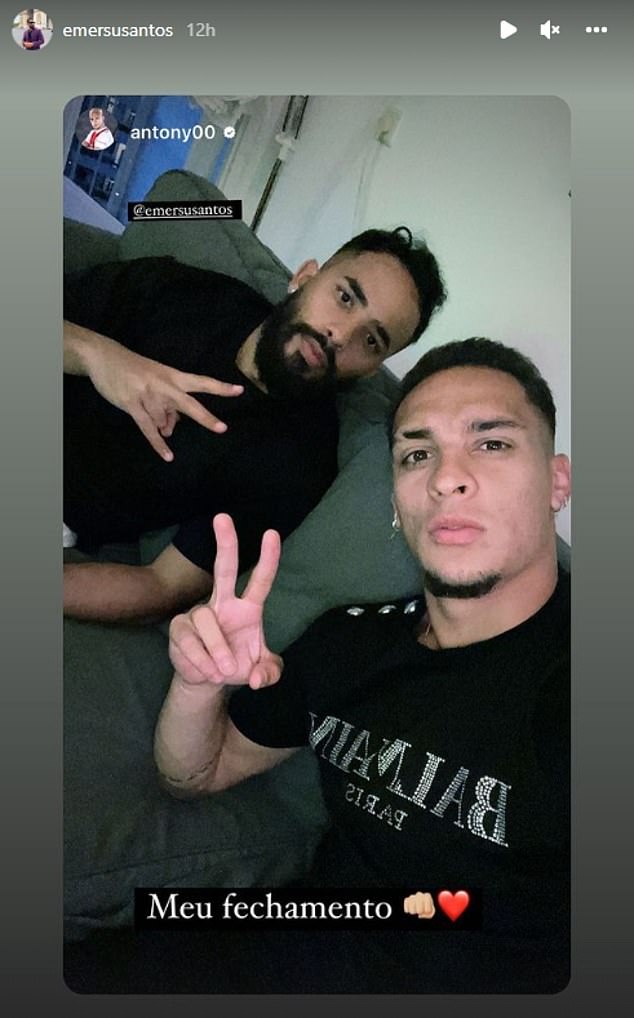 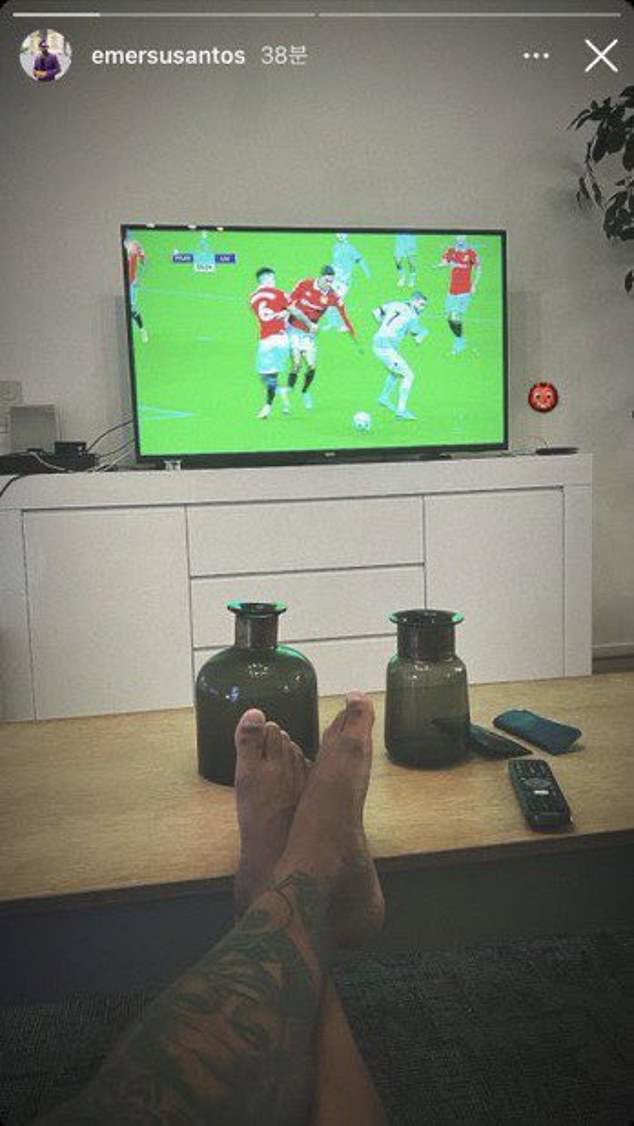 Anthony Elanga is the player most likely to make way for Antony, given Jadon Sancho’s strong start to the season, with Anthony Martial and Marcus Rashford rotating at centre forward, along with Ronaldo, if he stays.

It is a statement signing by Ten Hag, not just because of the money involved, but it confirms his commitment to pace up front, which does not bode well for Ronaldo.

It is not only the goals and assists Ten Hag wants from his protégé. He has the ‘press-resistance’ the manager loves, meaning he can retain the ball high up the field, allowing other players to join in with attacks.

Among attacking midfielders, in the big five European leagues, Antony ranks in the top five per cent for completing passes under pressure and touches of the ball, rarely miscontrolling or being dispossessed, and he links skillfully with those around him.

His acceleration and pace make him a constant threat and he carries the ball well, with an end product, whether it be shots or passes into the penalty area. 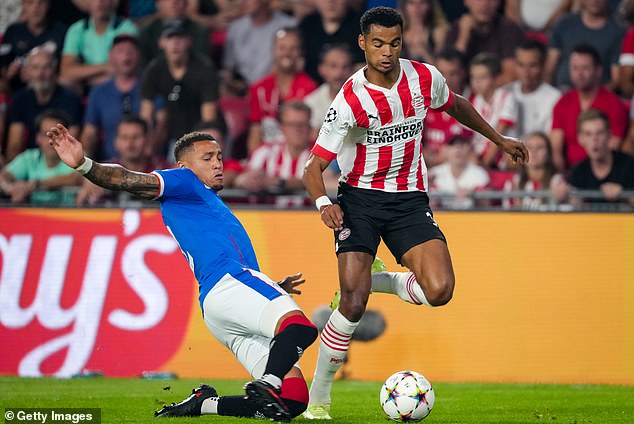 United were also interested in a move for PSV winger Cody Gakpo, who is valued at £38m

Out of possession, Antony has a prodigious work rate. Only five players won possession in the final third more times than him during his time in the Eredivisie.

And Ten Hag has refused to rule out more arrivals ahead of Thursday’s transfer deadline, saying the club will be ‘alert until the last second of the window’.

One player United have previously pursued is PSV Eindhoven winger, Cody Gakpo, who returned even impressive figures than Antony last season, from the opposite flank and would undoubtedly be cheaper at an estimated £38m.

He finished the campaign with 21 goals and 15 assists in 47 matches. His arrival is ‘unlikely but not impossible’, according to Sky Sports.

But it is not all about the stats for Ten Hag. In a challenging situation at United, the manager knows Antony understands his expectations and system. He can pick up with the player where he left off in Holland. 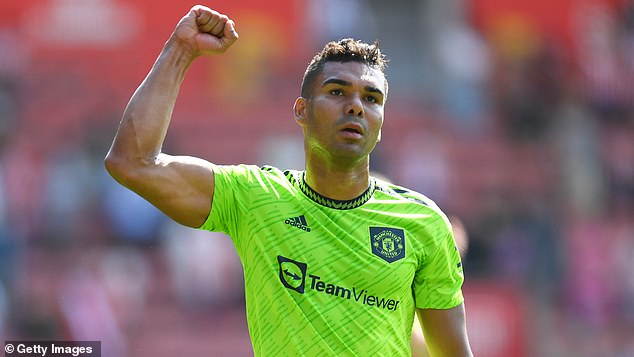 The plan is beginning to take shape at United, despite the ongoing disappointment of failing to persuade Frenkie de Jong to join United from Barcelona,

The spirit is developing, the defence has greater stability and resilience than it has for more than a year, Casemiro will bring control to the centre of midfield and Ten Hag is investing heavily in more pace and skill in advanced areas.

The boss loved Fernandes’ goal, praising his players for ‘following the rules’ during that period of the game.

‘[I] think it was the best part of [our performance was] straight after half-time when we kept control,’ he told the club website, while noting it was only 10 to 15-minute spell.

But he wants more than 10 or 15 minutes and he believes Antony is the man to provide it, regardless of the price tag.