Parker left Fulham and took charge of Bournemouth 14 months ago, guiding them to promotion to the Premier League behind his former club last season.

Bournemouth were beaten 9-0 by Liverpool at Anfield on Saturday, with Parker making no secret of his frustration following the result - describing his team as 'ill-equipped' to compete at this level.

Bournemouth co-owner Maxim Demin said in a statement: "I would like to place on record my gratitude to Scott and his team for their efforts during their time with us. Our promotion back to the Premier League last season under his tenure will always be remembered as one of the most successful seasons in our history.

"However, in order for us to keep progressing as a team and a club as a whole, it is unconditional that we are aligned in our strategy to run the club sustainably. We must also show belief in and respect for one another. 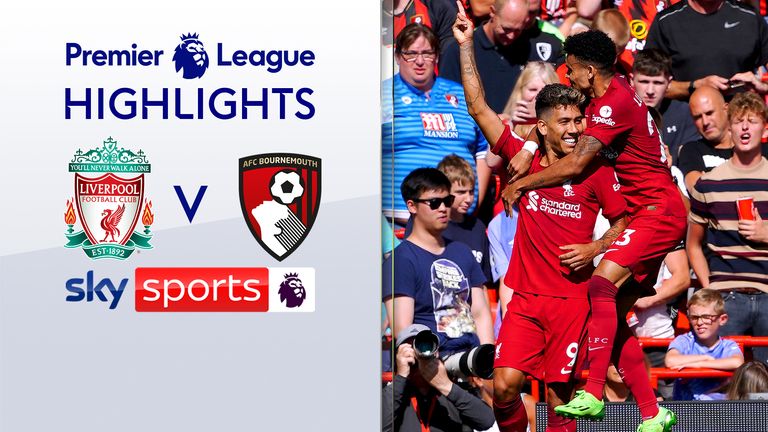 FREE TO WATCH: Highlights from the match between Liverpool and Bournemouth in the Premier League

"That is the approach that has brought this club so much success in recent history, and one that we will not veer from now. Our search for a new head coach will begin immediately."

Gary O'Neil takes interim charge of the team and will be assisted by Shaun Cooper and Tommy Elphick. The Cherries are 16th in the Premier League table and host Wolves on Wednesday night.

Parker is the earliest Premier League sacking since Paul Sturrock was dismissed by Southampton in August 2004.

So far this summer, Bournemouth have signed Marcus Tavernier from Middlesbrough and Marcos Senesi from Feyenoord alongside the free transfers of Ryan Fredericks, Joe Rothwell and Neto.

Parker's final interview as Bournemouth boss: 'Underequipped for this level' 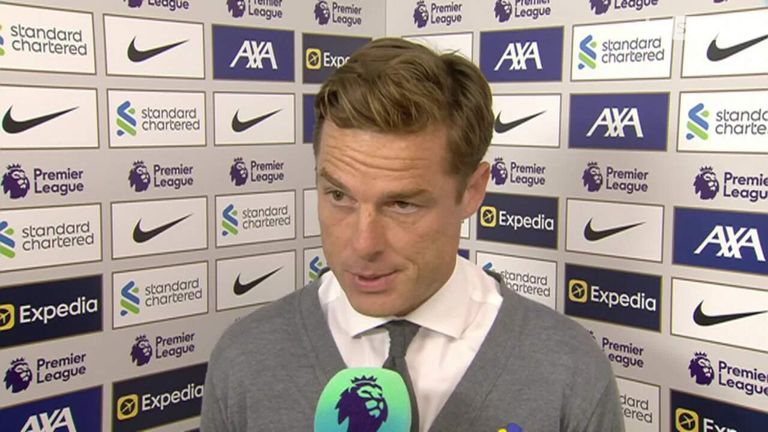 Parker was left rocked by that 9-0 result at Anfield, calling his team "underequipped" in order to compete at Premier League level.

"It goes without saying it's a real humbling experience and one which was pretty shell-shocking, really, in the sense of the result.

"And probably not surprised so much, to be honest with you, in the sense of the levels we're playing against here and the quality is just far greater than what we have in this present moment in time at our disposal.

"While of course it's not me making any excuse because there's some goals in that game that were of our own doing, in terms of the set-play goals were really poor, and we can do something about that.

Explained: Why Parker was dismissed 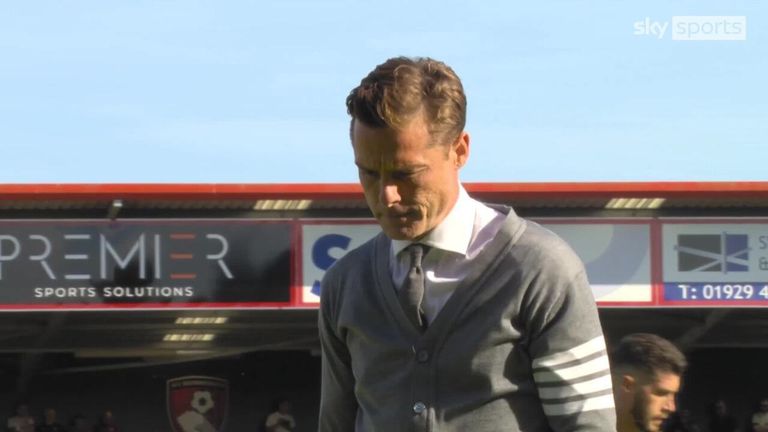 "It wasn't really a surprise. I have to confess over the past few weeks, I've been surprised by the manager's comments after games, and things he's said about the transfer activity.

"It just doesn't align with what the club is about. The main motto for Bournemouth over the past 10 years has been 'together, anything is possible'. This is a football club that has gone from the bottom of League Two to the Premier League and stayed there for five years.

"That's been reflected in the statement released by the football club. One thing that got mentioned was the word 'aligned' - and I don't think there was aligned thinking in what Scott Parker wanted to do, and the other thing that's very important with Bournemouth is sustainability.

"The owner has invested huge sums of money over the course of the last nine years. He's always backed the manager in the transfer window and they've always tried to recruit young, promising, exciting players.

"The other thing that's important is that he doesn't want to overspend. He doesn't want to spend what the club can't afford. You have to remember that Bournemouth's stadium only hosts 11,700 so they can't compete in the same way in the transfer market that other Premier League sides can.

"When they last went down, they sold £80m worth of players, they invested into the squad and came back up again. If you speak to fans of Swansea, Huddersfield or Stoke, they would certainly accept two years in the Championship if they were assured of bouncing back up again because the club was being run properly.

"Those clubs have not been able to do it, but Bournemouth have been able to because they've recruited very well and done things in the right way. Parker did a fantastic job in getting them out of the division, and we know how hard it is to get out of the Championship.

"He came in with that brief, and he fulfilled that brief. Results at the start of this campaign are irrelevant with regards to this situation and it all points to the club's statement. I don't think it's got anything to do with the 9-0 defeat to Liverpool or the results.

"The alignment between the manager and the club, the sustainability of the club and being profitable and doing things in the right way is important. There was a big gap between what Scott wanted and what the club wanted. I don't think the results are the issue.

"They beat Aston Villa, they weren't expected to then get anything against Manchester City but still played well in the second half. Arsenal was a tough game. Liverpool could have won the quadruple last season, so results are irrelevant. There was so much more at play."

What's next for Bournemouth?

Bournemouth entertain Wolves (7.30pm) in the Premier League on Wednesday and then have a run of eight games with fixtures against none of the traditional 'big six'.

Source link
Category : Uncategorized
PreviousLatest news from Russia and the war in Ukraine
NextSolomon Islands to ban navy ships from ports until new process in place