Five minutes into proceedings and Bruno Fernandes was in.

Manchester United had begun a promising counter-attack against Southampton and were sending attackers forward in numbers. Fernandes — a man fond of a high-risk, high-reward pass forwards — found himself in possession with multiple options ahead of him.

He would not have to force a pass through the lines like had done in previous, more frustrating outings at St Mary’s, but it required patience and proper timing to get the ball to Jadon Sancho. Fernandes, though, fluffed his lines. His through-ball was intercepted and a great opportunity was wasted.

Fernandes would attempt to remedy the situation 90 seconds later when he spotted Southampton goalkeeper Gavin Bazunu off his line and attempted a shot on goal from the better part of 40 yards.

This is Bruno Fernandes. A man always trying to “make things happen” but occasionally a player who neglects the good things that are already happening around him. 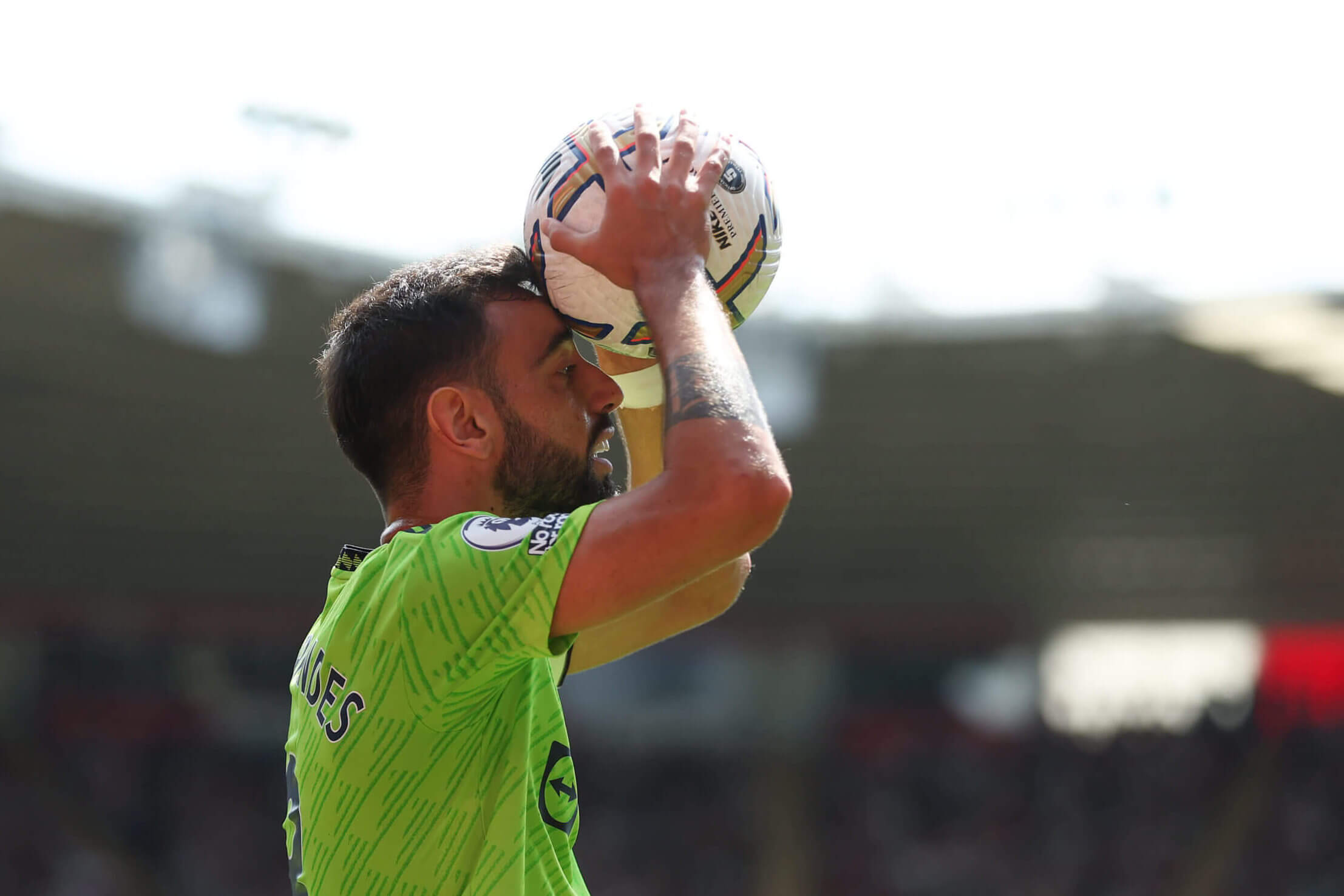 United were good enough to grind out a 1-0 win against Southampton on Saturday. Erik ten Hag’s side once again struggled when progressing the ball out of central midfield but found joy in wide areas.

Diogo Dalot enjoyed one of his better games in a United shirt, pushing forward frequently as Anthony Elanga drove inside from the right wing. Tyrell Malacia is proving a tenacious and precocious option at left-back; energetic enough to remedy any mistakes that stem from his lack of experience.

In the first half, it appeared the plan was to use Fernandes more as an off-ball runner making late sprints into the penalty area. It is an adjustment to Fernandes’ typical game as an on-ball creator, and speaks to the wider recalibration the entire squad requires under Ten Hag.

United, so long a team of freeform attacking moves and individual moments, are having to learn collective responsibility under their new manager.

Fernandes cuts a very different figure in 2022-23 than the one who arrived in January 2020 and served as the attacking catalyst to Ole Gunnar Solskjaer’s team. He is no longer being asked to serve as the conduit for all of his team’s attacks but is now responsible for ball retention and regulation as United try to move from the edge of their penalty area to the opposition’s.

A pass completion rate of 68 per cent (on 37 passes) indicates Fernandes will take time to adjust. His touch map from Saturday still carries the mark of a man who wants to go everywhere all at once… 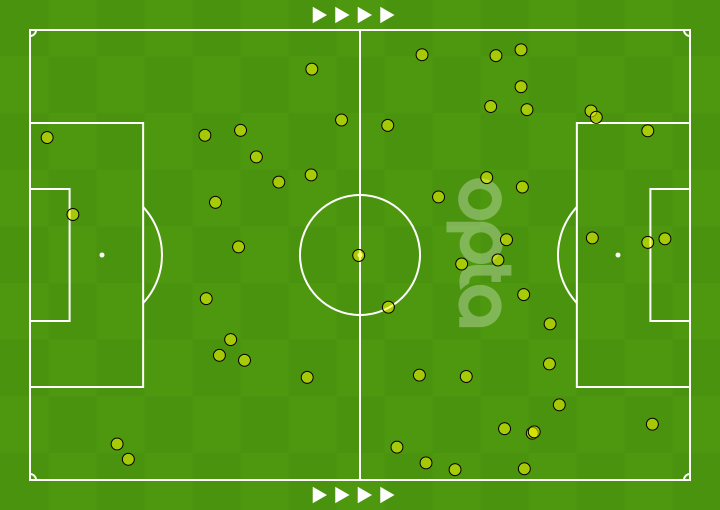 And his average tactical position saw him perform closer to a second striker, playing off Marcus Rashford. (Apologies for having to tilt your head to spot the No 8 here.) 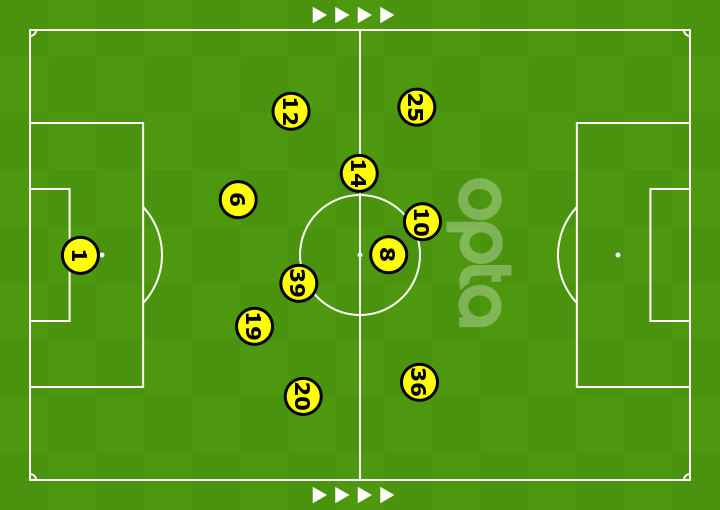 Fernandes is a player who needs the ball in high volumes to make his high-risk/high-reward style worth it, but he had the high confidence to keep trying things even after a discouraging first half.

This was evidenced by the game’s winning goal, an impressive passing move that again showed seeds of growth for Ten Hag’s wider attacking principles.

A sweeping passing move started by Rashford on the left worked its way around Southampton’s press via the centre-backs. Elanga and Sancho teed up Dalot on the right flank, who delivered a delightful pulled-back cross. Ten players involved themselves in the attacking sequence for the goal, and it was Fernandes who provided the flourish at the end. Too often he has attempted to do it all on his own.

“The finish was magnificent but the part before, it was a team goal,” said Ten Hag at full-time. “We built it up from the back and there were some more moments straight after half-time where it was well played from the team. We have to improve in possession.”

Fernandes still has much to learn if United are to improve in possession. Ten Hag believes the midfielder to be enlivened by having the responsibilities of being the match-day captain, with Harry Maguire on the bench again — along with Cristiano Ronaldo — but at the moment too much of United’s build-up play rests on the shoulders of Christian Eriksen. The Dane again looked tired after 70 minutes working in the central midfield pivot, while Scott McTominay — who is a necessary selection due to his height and energy — looks unsure of himself when receiving the ball.

“Our aim is to search the middle (of the field), but the opponent closed the middle and we have to go around. Or we have to play over the top,” said Ten Hag when asked if the responsibility of ball progression would have to be carried by United’s full-backs.

The United manager is bullish about his midfield, and Fernandes’ capabilities to adjust, but he admits his side are “a work in progress”.

“Of course, I would be more happy if we controlled the game in the last part where Southampton make a lot of pressure and a lot of long balls in,” he added. “Then I expect us to control. Keep more of the ball in possession, or break out and produce a second goal.”

Fernandes will continue to retain Ten Hag’s favour as he is someone able to make something out of nothing. But as the United manager looks to make a team that can constantly produce, the 27-year-old will have to adjust.

The high-risk/high-reward cavalier needs to find a way to lower the risk to his team while continuing to be rewarding to his team-mates.