U.S. men’s national team star Christian Pulisic is set to stay at Chelsea this season, a source with knowledge of the situation told The Athletic.

Pulisic was a target for a potential loan move within the Premier League — both Manchester United and Newcastle were among potential destinations — as well as Champions League clubs in Italy and Spain, the source said. Chelsea refused permission to seek those loans and decided instead to keep the 23-year-old in West London.

Pulisic’s contract with Chelsea runs another two years, and he was willing to extend it in order to make a loan move more palatable for Chelsea. The American star spoke with Chelsea ownership about his desire to find a place where he can play more consistently, but new American owner Todd Boehly decided against allowing a loan move, the source said.

Pulisic is understood to be disappointed in the decision, especially in light of recent reports that Chelsea will send Callum Hudson-Odoi to Bayer Leverkusen on loan.

The American winger has played just 76 minutes across the first four games of the season under Chelsea manager Thomas Tuchel. With the World Cup on the horizon, Pulisic could be left wanting for minutes to prepare for the tournament.

Pulisic has 25 goals and 13 assists in 6,995 minutes across all competitions for Chelsea (0.49 G+A/90) over the past three-plus seasons, including 19 goals and eight assists in Premier League play. He has yet to convince Tuchel, however, that he can be a regular starter in this system.

Pulisic played a number of positions last season, including as a false 9, and started just 13 of 22 games in which he appeared. He also dealt with a COVID infection and an ankle injury suffered while with the U.S. in World Cup qualifying. The Hershey native has yet to start this season.

Chelsea bought Pulisic for £57.6 million ($73 million) in January 2019, and it is unlikely they will find that price in the transfer market for him now if they were to look to sell him. His value will almost certainly take a hit considering his decreased role.

Chelsea has made a number of changes this offseason, including several that impacted its attacking depth. It bought winger Raheem Sterling from Manchester City, sold forward Timo Werner to RB Leipzig, loaned out forward Romelu Lukaku to Inter Milan and reportedly now agreed to loan Hudson-Odoi to Bayer Leverkusen. It has also been linked to Barcelona striker Pierre-Emerick Aubameyang.

That Hudson-Odoi loan stands out, especially, because of its similarities to what Pulisic was looking for in this window. Hudson-Odoi was struggling to break into Tuchel’s side and was seeking more consistent minutes.

“Right now we could need more players in some positions but it’s very close to the end of the transfer window and when September 1 comes I will be a happy coach no matter what happens,” Tuchel said in a press conference. “I will try to find solutions and not think what could have happened or what could be.”

So far this season, Tuchel has leaned on the same attacking trio to start on the front line: Sterling, Kai Havertz and Mason Mount. Sterling scored twice last week in a 2-1 win over Leicester.

Pulisic will almost certainly still play a vital role in the U.S. squad despite his inconsistent playing time at Chelsea.

He played in 10 of 14 games for the U.S. during World Cup qualifying, starting in seven. He missed the opening game of qualifying as he recovered from COVID, then missed three games in October with a sprained ankle. Pulisic came off the bench twice in November as he worked back into fitness, scoring against Mexico in a 2-0 win, and also came off the bench and scored in a 3-0 win over Honduras in February.

Pulisic is expected to highlight a U.S. squad that will play a pair of friendlies in September against Japan (Sept. 23 in Dusseldorf) and Saudi Arabia (Sept. 27 in Murcia, Spain). Those will be the team’s final exhibitions ahead of the World Cup in November in Qatar. The U.S. opens the group stage against Wales on Nov. 21. 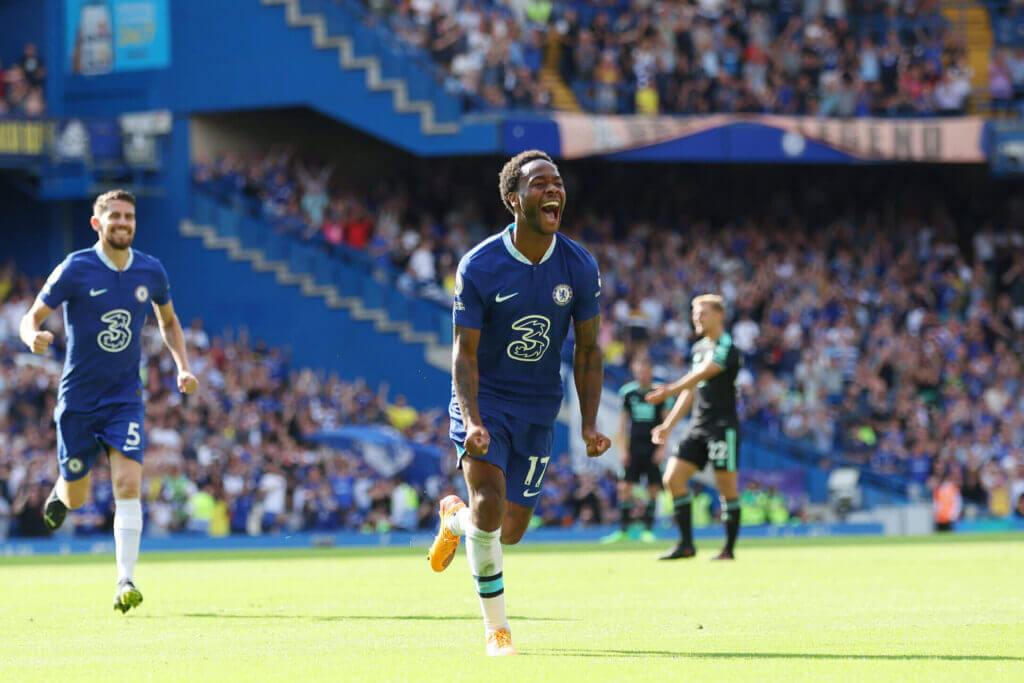 Sterling as a striker: ‘Stepping up’ at Chelsea and what quality of his shots tells us

Bitcoin Could Reach Near $18,000 If It Breaches This Resistance