Newcastle United have completed the signing of striker Alexander Isak for a club-record £63m fee from Real Sociedad.

Newcastle are awaiting international clearance to have the Sweden international, who underwent a medical on Thursday, eligible for Sunday's trip to Wolves - live on Sky Sports.

Ashworth and Nickson had spent the previous 48 hours in Spain agreeing a deal with Real Sociedad.

Newcastle boss Eddie Howe said at his Friday morning news conference he was keen to involve Isak as soon as possible with Callum Wilson - his other striking option - unavailable for a few weeks with a hamstring injury. 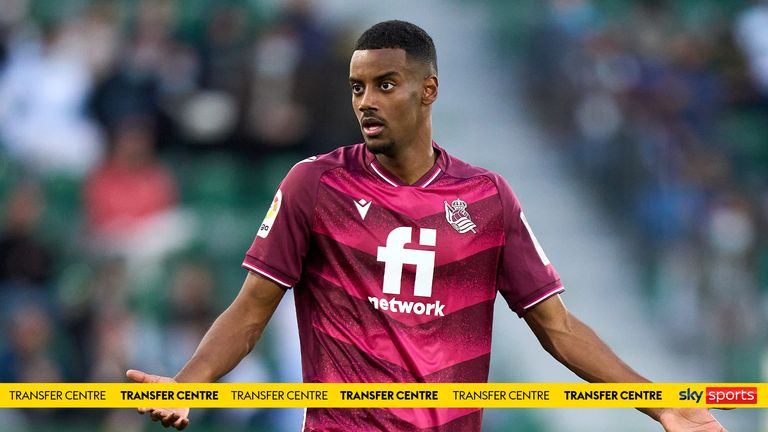 "There's no guarantee with these things, as it's in other people's hands, but hopefully," said Howe.

"He will probably need to train with us in the next two days to be available to play....we're very keen to see him get involved as quickly as possible."

Howe admits while Wilson's injury is not seen as severe, it influenced Newcastle's decision to move for Isak.

"We are hopeful Callum will only be out for a couple of weeks," said the Newcastle boss.

"I think we reacted slightly off that, we were always looking for an attacking player but it changed our focus slightly on the type. But we're delighted to hopefully sign Alex."

Is Isak the man to deliver Newcastle goals? 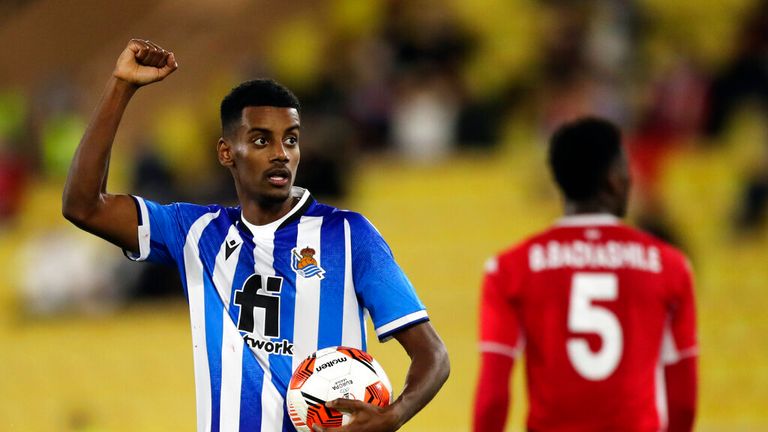 "This deal really did come as a shock, not just because Alexander Isak was moving but the price of £60m. It's a really big price and it had to be in order to get Real Sociedad to pick up the phone.

"Remember his release clause was €90m so it had to be close to that. I think it's a lot of money for him - maybe a little too much - but he's a player who can score goals. He's had streaks such as in 2019/20 when he scored 12 goals in 12 games, including against Barcelona and Real Madrid.

"Last season wasn't so great. He only scored six goals and his xG was 10.8. He was only the second player in La Liga with a negative xG than his actual goals. He's a streaky player but his ceiling is high. If you've got the money, why not?"

Alexander Isak was barely 17 years old when he signed for Borussia Dortmund after catching the eye at AIK Solna so it already feels like he has been around for a long time despite being only 22 now. Newcastle have a young talent with considerable experience.

Speaking to Magnus Wikman, his old Sweden U17 coach, at the time of that move to Dortmund, he remembered an early training camp. "There were 66 players and he was much better than everyone else his age. He was just excellent," Wikman told Sky Sports.

He recalled a tournament in Spain and then a series of games in Croatia in which Isak excelled. "By that period he was one, two or three steps higher than before. He played with an extra self-confidence then. He was even more powerful than before."

That power is still evident. Isak is a tall forward but his strength is on the ground rather than in the air, able to outpace most defenders. Newcastle are signing a player who looks like a target man but is more mobile than that - as Wikman identified all those years ago.

"His technique is really good and he has an especially impressive first touch. He is good with the ball and can link up with other players but he is still not a typical No 9 striker. He is more dynamic as he enjoys moving around and looking for space in the opposition half."

The move to Dortmund came too soon to make the breakthrough there but Isak found a home at Real Sociedad. The 2020/21 La Liga season was a standout as he scored 17 goals - ranking him among the top six goalscorers in the competition that season.

Newcastle are signing a proven scorer with lots of experience but, crucially, a player with room for development. He can contribute now but his best years are ahead of him. He is young enough - and good enough - to go on this journey with a club on the rise.

Follow every Newcastle game in the Premier League this season with our live blogs on the Sky Sports website and app, and watch match highlights for free shortly after full-time.

Get all this and more - including notifications sent straight to your phone - by downloading the Sky Sports Scores app and setting Newcastle as your favourite team.

Hear the best Premier League reaction and expert analysis with the Essential Football and Gary Neville podcasts, keep up-to-date with our dedicated Transfer Centre, follow the Sky Sports social accounts on Twitter, Instagram and YouTube, and find out how to get Sky Sports.